Pharmaceutical drugs are both costly and can be a mixed bag when it comes to treatment. Not all Americans are satisfied with relying on pharmaceuticals. Many folks prefer the use of more traditional systems of medicine, such as Ayurveda, which is more than 3,000 years old.

About four in ten American adults say prescription drugs developed in the past two decades have made their lives better, but eight in ten report that the costs of prescription drugs are unreasonable, according to a Kaiser Family Foundation 2019 poll.

Modern science has allowed researchers from around the world to study traditional systems of medicine, like the ancient ayurvedic texts, and identify the active constituents in traditional medicines that make these remedies effective. Ayurvedic medicine considers the individual as the main focus of treatment, and many of the ingredients utilized can be found in your kitchen.

Here are 10 powerful ayurvedic herbs and spices with science-backed health benefits that you can include in your diet today.

One of the first herbs that comes to mind when you think of Ayurveda is ashwagandha (Withania somnifera). It’s commonly known as “winter cherry” and is an evergreen shrub in the nightshade family that grows in India.

Ashwagandha contains adaptogenic properties that reduce cortisol levels in the body. Cortisol is known as the stress hormone made by the adrenal glands. It circulates throughout the body all the time, but your body makes more of it when it’s stressed. Those who experience high levels of stress may have more cortisol circulating in their system. It may relieve anxiety symptoms, help you manage stress and improve sleep quality.

While many people utilize ashwagandha for stress management, you could also see improvements in arthritis, constipation, muscle growth, memory functioning, inflammatory triggers and blood sugar regulation with regular use.

Boswellia serrata (Sallaki in Sanskrit) is a tree that thrives in Africa, India, and in the Punjab region of Pakistan. It’s commonly known as Indian frankincense. The tree resin has anti-inflammatory properties and is harvested throughout the summer and early fall.

Ayurvedic texts note the anti-arthritis activity of the gum-resin. An 2011 article, published in the Indian Journal of Pharmaceutical Sciences, indicates additional traditional uses as follows:

The article also notes that pharmacology and modern medicine describe the plant resin as:

Alma (Emblica officinalis) is another popular ayurvedic herb that is commonly known as Indian gooseberry. It’s commonly used to treat constipation in a tonic known as “triphala” and is used as a natural laxative. Traditionally, it’s helpful to reduce flatulence and improve gastrointestinal health. According to a 2017 article, published in the Journal of Alternative and Complementary Medicine, triphala is also an anti-inflammatory and can be used to ease arthritis; as well as containing antioxidant and antimicrobial properties.

Terminalia is a tree originating in both Indian and south Asia. However, it’s the Terminalia chebula Retz that’s the sole botanical source of haritaki, but other varieties also exist in ayurvedic texts. The fruit is also known as the Indian walnut or Indian hog plum. It’s called the “king of medicines” and often listed first among ayurvedic ingredients in formulations. Some practitioners suggest utilizing it with ghee. Ayurvedic literature points to several varieties of haritaki, but the most important is vijaya since it’s useful for many types of diseases (especially purification).

It’s also a common ingredient in triphala and helps to reduce inflammation and constipation, as previously described above for the herb alma.

Myrobalan fruit extract (haritaki) contains several compounds that render its effective application as an anticarcinogenic, antifungal, antibacterial, antioxidant and antidiabetic, according to a 2017 study published in the International Journal of Ayurvedic and Herbal Medicine.

According to a 2021 study, published in the RGUHS Journal of AYUSH Sciences, triphala haritaki can be used to both darken and soften the hair without adverse effects. Other traditional uses include its cosmetic use on the skin and nails.

Brahmi (Bacopa monnieri) is considered to be an important staple of Ayurveda, and studies support several prospective health benefits:

Cumin is a popular spice that is extracted from the Cuminum cyminum plant. Its seed adds a spicy, nutty and earthy taste to many dishes.

Researchers have found that cumin extracts demonstrate free radical scavenging activity, supporting its use as an antioxidant and anticancer agent, according to 2016 findings published in the Journal of Food Science and Technology. Researchers also note its potential as an antidiabetic.

Another spice popular in Ayurveda is turmeric, which adds both a decadent yellow glow and earthy taste to recipes. Turmeric is usually used in combination with other spices or herbs to treat various health concerns. Its primary active constituent is curcumin which has antioxidant and anti-inflammatory properties.

Further research suggests that circumin could help people manage inflammatory and oxidative conditions, according to a 2017 review published in Foods. Circumin may benefit blood circulation and fight against free radicals in the body, reducing one’s risk for certain conditions like heart disease and cancer.

Licorice root is taken from the Glycyrrhiza glabra plant, and licorice root extract is also essential to ayurvedic medicine. In Sanskrit, you may hear it referenced as madhuyashti or yastimadhu. The root is often chewed on to relieve throat irritation and other cold symptoms. The plant is native to Asia and Europe.

According to a paper published in the 2020 Journal of Ayurveda and Integrative Medicine, licorice extracts and the bioactive ingredients they contain have shown therapeutic effects in preventing and treating tooth decay and oral disease. Some of these bioactive ingredients  include licorisoflavan A, licochalcone A, licoricidin and glycyrrhizin.

Some of these ingredients are also flavonoids that render licorice stem and root extracts powerful in treating certain conditions: They are hepatoprotective, cardioprotective and anticancer. Licorice root also contains antibacterial, anti-inflammatory and antiviral properties, according to a 2021 review published in Plants (Basel).

Gotu Kola (Centella asiatica) is a plant native to Asia with leaves that form a fan shape. It grows near and around water and is known as “the herb of longevity.” It has no odor or taste.

Studies support the use of this herb for soothing anxiety symptoms and stress levels, which may also be utilized for symptoms linked with depression. A 2010 clinical study, published in the Nepal Medical College Journal, found that the herb may be useful in the treatment of generalized anxiety disorder (GAD). They observed an improved willingness for cognition and adjustment in 33 male and female participants with GAD who took 500 milligrams of gotu kola twice daily in capsule form.

Gotu kola is often used in cosmetics and soothes and heals the skin. A 2013 review published in Advances in Dermatology and Allergology indicates that gotu kola can effectively treat hypertrophic wounds, burns, psoriasis, scleroderma, cellulite, striate and photoaging skin. It can increase the synthesis of collagen.

Cardamom (Elettaria cardamomum) is often called the “queen of spices” in ayurvedic medicine. It is said to achieve balance in the three doshas: vatta, pitta and kapha.

A 2017 study on cardamom supplementation in 80 overweight and obese pre-diabetic women revealed successful reduction of oxidative stress and inflammatory biomarkers after eight weeks of use. The results of the double-blind controlled trial were published in the Journal of the Science of Food and Agriculture.

Cardamom extract has anti-inflammatory and antibacterial properties that could treat periodontal infections, according to a 2020 study published in Anaerobe. Researchers found that extracts taken from both the fruit and seed also inhibited biofilm formation.

The National Center for Complementary and Integrative Health (NIH) reports that nearly 240,000 Americans seek ayurvedic treatment. The NIH says evidence exists that some of these preparations could help improve function for those with osteoarthritis and manage symptoms in those with type 2 diabetes.

Many sources of scientific information on Ayurveda are derived from eastern scientific journals and limited in western scientific interpretation and study. While many of these sources are reputable, one should consult with both their primary care physician first before seeking treatment with alternative therapeutic modalities for more serious concerns.

The beauty of Ayurveda is both its age-old wisdom and its practicality–many of these herbs and spices can be found in your pantry. Additionally, many Ayruvedic practitioners will urge you to first look at your current health practices, including exercise and diet, before moving forward with treatment.

Thu May 26 , 2022
STATEN ISLAND, N.Y. – A range of specialists, physicians and other medical personnel from the Mount Sinai Health System will soon populate the Emergency Department at Richmond University Medical Center (RUMC), as the two health-care organizations move forward with a clinical and academic affiliation aimed at providing elite emergency medical […] 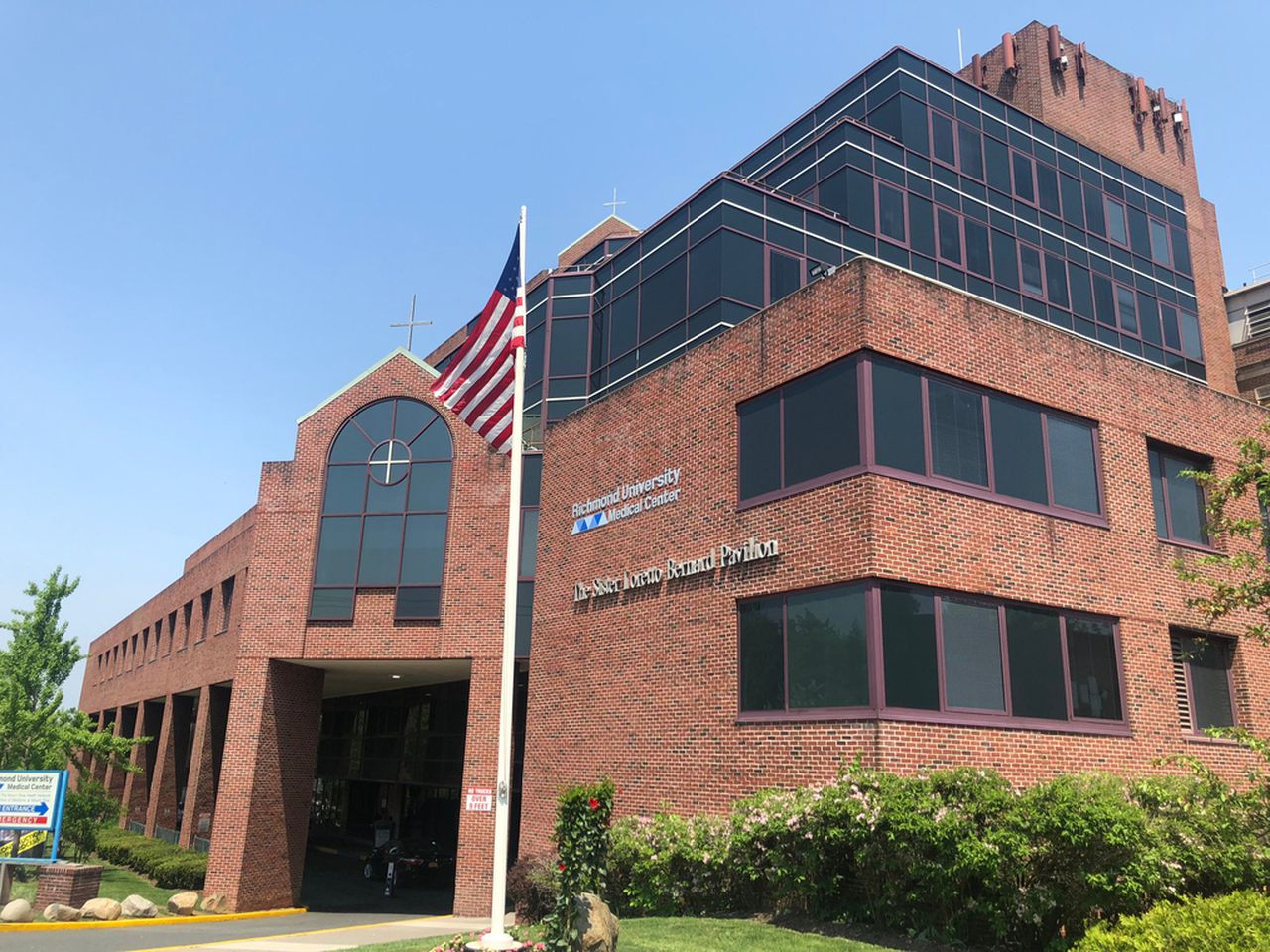