Okra is commonly called gumbo in Africa, and it’s known for its sticky, thickening properties used to make the hearty comfort food that southerners in the United States know as gumbo, naming the dish for the plant itself. Aside from being a five-star comfort food, okra’s potential health benefits are plentiful: It’s a good source of antioxidants, fiber, vitamins and minerals.

Okra is a staple in the cuisines of the American South, brought to the country through the transatlantic slave route between the 16th and 19th centuries. It’s often used in Indian, Middle Eastern and Sri Lankan dishes.

All parts of the okra plant can be used sustainably for different things — including its leaves, flowers, buds, pods, stems and seeds. Okra (Abelmoschus esculentus) is related to mallow plants; rose of Sharon and hibiscus. Its pods with peach-like fuzz on the outside are edible and contain edible seeds. Okra’s place of origin is disputed and ranges from West Africa and Ethiopia to South Asia.

However, okra is cultivated across the world in warm, subtropical and tropical climates for its versatile uses and health benefits. In this article, we will discuss:

According to the U.S. Department of Agriculture (USDA) FoodCentral Database, one cup of raw okra which weighs 100 grams (g) contains:

Okra also contains small amounts of copper, iron, niacin and phosphorus. Nutritional needs per individual, of course, differ according to sex, age, caloric intake and activity level. Check the USDA interactive tools for a more specific evaluation of your needs and speak with your doctor.

One of the best ways to protect your health over time is eating a varied diet rich in fruits and vegetables. Okra is nutrient-rich, and including it in your diet may help guard against several health problems, such as cardiovascular disease, diabetes and chronic gastrointestinal conditions. Here are eight nutrition and health benefits of okra to consider.

Okra Works as an Emulsifier Replacement

Do emulsifiers like carrageenan, carboxymethylcellulose and polysorbate 80 make your GI tract do loop-de-loops? For those sensitive to some emulsifiers, okra could be a better natural alternative. For those who aren’t, please hold for — okra ice cream.

Okra could replace emulsifiers in the food industry and make certain foods more accessible to those on a restricted diet. Emulsifiers help keep milk, creams, sauces, seasonings, desserts and beverages stable. Okra mucilage is traditionally used to thicken soups and stews, and researchers have identified okra as a potential emulsifier, texturing agent and nutritional additive, according to a 2021 survey of research published in Plants (Basel):

Yes, your ice cream ingredient label could one day contain “okra mucilage,” and the best part? It won’t affect the taste, appearance or texture.

Okra, like grains and beans, contain lectin — a type of protein that could inhibit the cell growth of certain cancers in humans. A 2014 study published in Biotechnology Letters found that treatment using concentrated compounds from okra inhibited the growth of breast cancer cells by up to 63%. Researchers discovered that it eliminated 72% of the cancer cells in humans.

Okra is also a good source of antioxidants, including the polyphenols vitamin A and C. Stanford Medicine’s Cancer Center reports that these antioxidants inhibit the oxidation process and prevent free radicals from attacking the body; this may contribute to preventing cancer.

Okra is also a good source of folate, which may also fight cancer: A 2016 systematic review found that folate could help prevent breast cancer. However, other researchers worry that too much folate may do more harm than good, increasing one’s risk for breast cancer. Regardless, you are unlikely to consume too much folate by including okra in your diet.

Okra as a Source of Folate for Pregnancy and Breastfeeding

Folate plays an important role in pregnancy by preventing fetal issues, and doctors also recommend that women take folate while breastfeeding. As of 2020, the FDA recommends that pregnant women should consume 600 mcg dietary folate equivalent (DFE) daily to prevent the risk of fetal anencephaly and spina bifida. For women who are breastfeeding, the FDA recommends consuming 500 mcg DFE daily.

Raw okra contains 60 mcg of folate in total for a 100-gram serving. Eating okra is another way to get folate in your diet if you are considering becoming pregnant or are pregnant or breastfeeding.

A 2021 review published in Molecules reports that okra presents antidiabetic efficacy: Okra mucilage, with ethanolic and aqueous extracts of the pods, has demonstrated an ability to reduce glucose levels. The impact is significant as cases of metabolic disorders like diabetes have continued to increase around the world. The review also addresses previous promising results shown in rat models.

In 2020, a randomized double blind study published in Phytotherapy Research was conducted on the effects of okra consumption on serum levels of lipid profiles and glycemic indices in Type 2 diabetic (T2D) patients. Sixty T2D patients were placed randomly into intervention and control groups, receiving ten grams of okra powder blended in 150 g conventional yogurt or only the yogurt for 8 weeks. Participants were also provided with lunch and dinner. Researchers found that okra consumption can yield improvements in lipid profiles and glycemic markers among T2D patients.

Dietary fiber can improve blood cholesterol levels and lower your risk for cardiovascular disease and other chronic conditions, according to the American Heart Association. Fiber can be incorporated into your diet by selecting fibrous foods, such as whole grains, legumes, fruits and vegetables like okra.

Raw okra contains 3.2 grams of fiber per serving. The recommended daily fiber intake for adults is 25 grams for women and 38 grams for men, for ages up to 50. Women and men past 50 should consume 21 and 30 daily grams, respectively, according to Harvard Health.

In 2014, researchers found that raw okra held potential application in managing hyperlipidemia (when your blood has too many fats). However, the study was conducted on male mice divided into three groups. The mice were put on hyperlipidemic diets supplemented with 1% or 2% okra powder for eight weeks. The study was originally published in Phytotherapy Research.

Okra is a powerful functional food for gastrointestinal health. Here are just a few GI benefits of including okra in your diet:

Vitamin K contributes to bone formation. However, your bones are constantly renewing themselves, and vitamin K plays a major role in bone metabolism, according to a 2018 review of preclinical studies published in BioMed Research International. When you eat foods that contain Vitamin K, you can help prevent fractures and strengthen your bones.

Raw okra contains 31.3 g of vitamin K. According to the National Institutes of Health (NIH), 122 mcg for women and 138 mcg for men are the daily average intakes of vitamin K.

Okra fruit extract has shown efficacy against inhibiting the growth and killing a bacterium that causes aggressive periodontitis, according to a 2020 study published in the Journal of International Oral Health. The best results obtained came from a minimal inhibitory concentration (MIC) of 3.125% and minimal bactericidal concentration (MBC) at a concentration of 6.25%.

That doesn’t mean you should make your own okra fruit extract for dental care, just yet. It does mean that including okra in your diet could be a potential plus for oral health care.

Okra is available in capsule form as a supplement, but here are four more natural ways to consume okra:

Picking Okra in the Grocery Store, Storage and Usage

Okra is a warm-season vegetable and is cultivated in regions with hotter climates, from the southern United States to South Asia. Okra is in season as early as May but typically from summer to early fall. You can often find it in major grocery stores throughout the year.

When picking okra in the grocery store, consider how you plan to cook it. If using it in a sauté, select okra no longer than four inches. Larger and tougher pods are best for stews and gumbo. Here is a quick guide to selecting your okra, storing it and using it.

How can you tell if okra is good?

Avoid pods that are soft, shriveled or dark at the ends. Select taut okra that is firm to the touch. If the ends are a little dark and you plan to quickly use it, then the okra is still a good buy.

[Related on EcoWatch: The food wasted in the United States has enough calories to feed 150 million people every year. Meal planning helps cut down on food waste.]

What is the best way to store fresh okra?

Avoid getting okra wet. Store it in your refrigerator’s crisper drawer in paper or plastic to avoid slime. Store chopped okra similarly, but pat down the slices first. You can also cut holes in the storage bag for aeration.

How do you make the most of fresh okra?

Only wash okra when you are ready to use it. After three or four days, okra begins to shrivel and darken and may become moldy.

Roast the seeds or grind them into a powder to thicken sauces and stews. You can pickle, fry, oven-roast or stew okra. Everyone should make gumbo at least once in their lifetime!

Ready to experiment with okra in the kitchen? Here are a few recipes to get you started:

Sat Feb 19 , 2022
It’s difficult for patients to build relationships with their clinicians and be actively engaged in their care via telehealth, especially for our patient population. First, we have to remember or realize that for people with low socio-economic status, technology can be challenging, simply finding a private space to do a […] 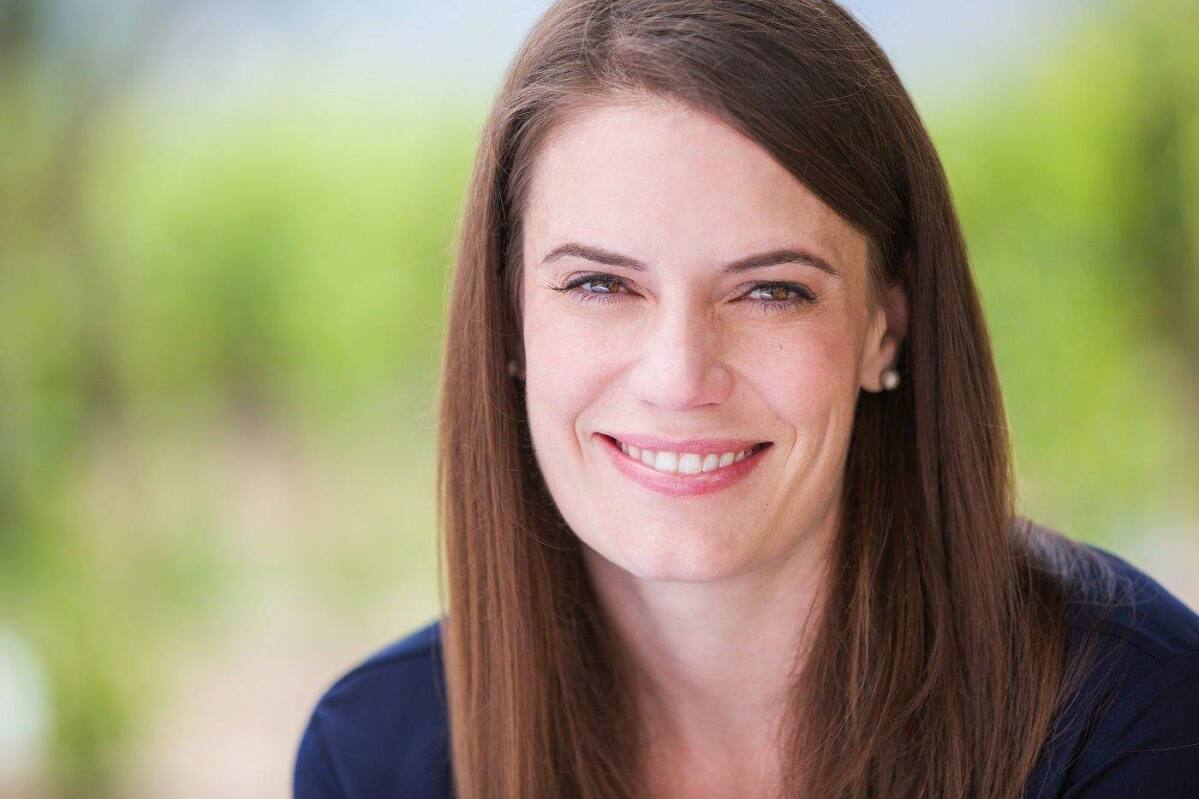