Welcome to State of Mind, a new section from Slate and Arizona State University dedicated to exploring mental health. Follow us on Twitter.

This past December, Bloomberg News reporter Caleb Melby found himself watching some TikToks. They were from the company Cerebral, an online mental healthcare startup. Melby and his co-author Polly Mosendz watched a lot of Cerebral videos—some were fairly generic mental health affirmations, but others advertised how easily medication for anxiety, depression, and ADHD could come right to your door.

In their recent Bloomberg News article, Melby and Mosendz describe a company that promised to fill holes in America’s fragile mental health care network, but instead followed the Silicon Valley playbook, moving fast and growing at all costs. In this case, that means prescribing controlled drugs like Adderall and Xanax over the internet. On Sunday’s episode of What Next: TBD, I spoke with Melby about what happens when the internet and mental health care collide. Our conversation has been edited and condensed for clarity.

Lizzie O’Leary: Cerebral was founded in January of 2020, just months before COVID began to erode millions of Americans’ sense of health and well-being. Around the same time there was a key legal change around prescribing. What happened?

Caleb Melby: Because people could no longer go to see other prescribers in-person in a lot of cases, the Drug Enforcement Administration changed the rules in something called the Ryan Haight Act, a 2008 law that banned, in most circumstances, the prescription of controlled substances in telehealth settings. Now, for the first time since 2009, basically you could now get drugs that are controlled substances—which are so named and so regulated because you can get addicted to them, or they have other major potential complications—prescribed online. That includes amphetamine drugs like Adderall, antianxiety drugs like Klonopin and Xanax. These are drugs that, in addition to having important medical uses, are also popular for recreational use.

It seems understandable and fair that this was a necessary way for people who needed those meds to access them at the time.

Yeah, absolutely. And it’s also true that a lot of folks had less access than others, even before that rule change. So even before Ryan Haight was rolled back, if you were poor, or you were uninsured, or you were in a geographically remote place, the chances that you had access to the same level of mental health services were not great. And the idea that you could now get these prescribed to you online created access, in a way, that hadn’t existed previously.

Can you explain how Cerebral works?

The company offers three tiers of service. One is medication plus a care counselor who is not necessarily licensed, but they’re there to talk to you about coping mechanisms, mindfulness, and stuff like that. There’s another tier, which is the therapy-only tier, and then there’s therapy plus medicine, and that’s where you gain a licensed therapist plus medicine.

How much does this cost?

For your first month, you can start for as little as $30 a month. After that, it’s a monthly subscription between $85 and $325 a month, depending on the tier of service you choose. Now, anybody who’s familiar with trying to get mental health care in this country, including people who may be insured but who a therapist who doesn’t take their insurance, you know those numbers are quite low, and at that price point, you can meet a lot of unmet demand.

The company you’re describing sounds like a lot of startups, frankly: the subscriber model, the different tiers, different ways of bringing people in. Is that an appropriate comparison?

Absolutely. And that was a comparison made by people who worked within the company. One thing to keep in mind is that Cerebral is backed by SoftBank. That’s the same major venture investor that backed Uber and WeWork. A lot of folks we spoke with talked specifically about Uber, this idea that the people providing the service are doing a piecework model. Nurses are getting paid per visit. And for patients, it’s meant to be this same hyper-ease that Uber offers. The wait times are going to be lower and it’s going to be cheaper, and you’re going to be able to get the help you need that you’re not going to be able to get in the brick-and-mortar health care system near you.

And, the company’s growth is also very similar to a lot of other venture-backed startups. It’s worth $4.8 billion, as of December, and launched in January 2020. That’s a $5 billion company in two years. That’s super-fast growth. They operate in all 50 states now. They recently announced a partnership with the National Health Service in the U.K. Things are moving very, very quickly.

Cerebral also got a boost from partnering with one of the world’s most recognizable advocates for mental health: Simone Biles.

When she suspended competing back in July of last year, it was this lightning moment with focus on mental health from such a beloved athlete. Now, she’s on the front page of the Cerebral website. She’s featured in ads where she talks about mental health broadly, and her anxiety specifically. Certainly, she has become the face of this company.

One thing that you were struck by, when reporting this story, is just how popular Adderall has become in America and how widespread its use is.

In the second quarter of 2021, which is the most recent data we currently have available, the amount of amphetamines prescribed in the U.S., of which Adderall is one, jumped by the highest rate it had since early 2012. Roughly, the equivalent of 9 million maximum-dosage Adderall XR pills, which gives you a sense of the market that is available for companies to prescribe these medications.

Before I came to talk to you, I did a little search and Googled “get ADHD meds online.” My first sponsored ad was for Cerebral. I wonder what that tells you, if anything, about the company?

Ahead of our story, we did an even more brazen Google search, which was just “buy Adderall,” and the company’s advertising is the first thing that comes up. But you have a whole bunch of things happening at once. We are all, as we said, at home trapped under those circumstances, when you’re feeling distracted, irritated, procrastinating. Those are, theoretically, symptoms of ADHD, but they could also be, as one nurse said in our story, just symptoms of being an adult in 2022. You have this surge of ADHD influencers and mental health influencers on TikTok, and on Instagram, who are talking about their own diagnoses, and that’s creating more conversations, and more people are wondering whether they might have ADHD, as well.

Does that change patient or caregiver experiences? If someone is coming in and saying, “I am here because I want Adderall.”

I can tell you from the nurses we spoke to that that does happen, and they were deeply troubled by that. A prescribing nurse’s job is to hear your symptoms, ask some probing questions, try to get the bottom of things and try to make the best decision they can with the information they can gather. A lot of them, first of all, told us that 30 minutes to do that, even back the physical realm, is quite hard to do. But nurses we spoke with said patients would get irate. They saw these ads. You can go to the website, and if a patient is paying a subscription, and they aren’t getting the medication they want, that can become quite frustrating for them. If they believe they need a medication, and they’re not getting it, then the question becomes, “What am I paying my subscription for?”

That seems like a very difficult incentive structure for providers to work with. You are subtly, or not so subtly, incentivized to prescribe what someone wants.

Right. It gets to this whole idea of a review culture for medicine. I’ll be Caleb the nurse for a second here. If I decide the patient shouldn’t be getting a prescription, but that patient wants one, they could grow irate and leave a bad review that might come up in conversations with my managers.

Some of your reporting is raising in my mind ease of prescription access that recalls some aspects of the early years of doctors prescribing a lot of opioids. I wonder if that occurred to you during your reporting, or if it occurred to some of the nurses and providers you talked to?

A lot of the nurses brought this up. And again, these nurses are from all over the country. Some are in Appalachia, in Florida, and Massachusetts, places that were hit very hard by the opioid crisis. These are professionals who are working through the opioid crisis, so it was something on their mind. And it is the sort of thing where you don’t want to make the allusion to that lightly, because it’s incredibly heavy and dark time in American history. But it was something we heard again and again, the rate of prescribing, the demand for this particular drug—it did feel familiar to them.

I’ve been thinking a lot about how the telehealth model might make medical interactions feel different. If it feels more like a service or like you are purchasing a product than the kind of interaction that someone might have at a doctor’s office or a therapist’s office, does that change the expectations of patients going into this process?

Yes, absolutely. You can see, in the way these companies structure themselves, it looks a lot like a lot of direct-to-consumer companies. We’re moving to a new paradigm.

State of Mind
is a partnership of
Slate
and
Arizona State University
that offers a practical look at our mental health system—and how to make it
better.

Tue Mar 22 , 2022
The most effective and proven methods for weight loss are consuming healthy meals, reducing calories, and increasing physical activity. However, some people may struggle to achieve these lifestyle changes and may consider supplementation to aid with weight loss. Dietary supplements are nutritional aids that are taken orally in the form […] 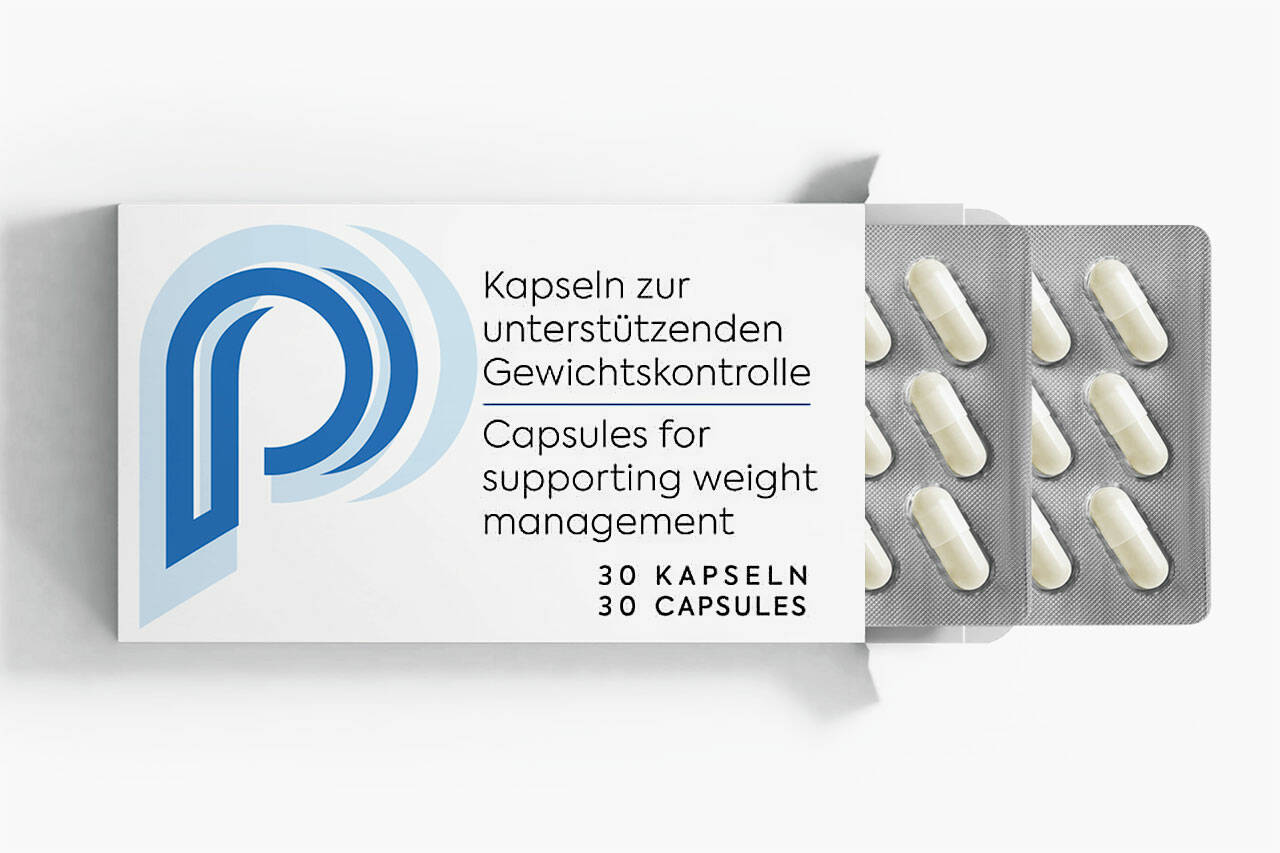