This is the second in a two-part series examining the consequences of the consolidation of hospital systems through mergers and acquisitions. Last Sunday: How rising health care costs weigh on CT small businesses and nonprofits.

On a Sunday evening in February, Bea Trotta’s 94-year-old mother started having trouble breathing at her home in the northwestern corner of the state. She felt exhausted.

An ambulance drove her 30 minutes to the nearest emergency room, at Sharon Hospital, where she was diagnosed with congestive heart failure. Her heart wasn’t pumping enough blood to keep her body functioning.

When Trotta arrived at the hospital to meet her mother, staff told her the case was too complex to be handled there. If her mother wanted treatment, they’d have to transfer her to another facility that could provide a more advanced level of care.

“That was my wake-up call. It was like, ‘Oh, we’re losing our medical facility. We’re losing the life-saving hand to reach out and help us,’” Trotta said.

Across the country, hospital mergers are changing the ways in which people access health care. Most hospitals are no longer independent but instead part of larger health systems that own multiple facilities. In Connecticut, two systems — Yale New Haven and Hartford HealthCare — are on the brink of owning more than half the 27 hospitals in the state.

In 2000, Connecticut had 23 independent hospitals. Today, the state has six.

When hospitals merge, they decrease costs by cutting duplicative services. The Office of Health Strategy currently has three pending proposals to cut services. A spokesperson acknowledged the agency “is concerned with the number of the proposals currently filed to terminate services.”

Nuvance Health, which owns seven hospitals across western Connecticut and the Hudson Valley, has filed to eliminate the birthing unit at Sharon and terminate inpatient psychiatric services at Norwalk. Hartford HealthCare is awaiting final approval from the state to cut labor and delivery at Windham Hospital, about 40 minutes from Hartford.

But, those only account for the cuts formally on file with the state. In other cases, hospitals have made changes without seeking state permission.

Nuvance plans to replace the intensive care unit at Sharon with what’s known as a progressive care unit, which can’t handle the same complexity of care. According to physicians in the area, the hospital has already started transferring some patients in need of the most critical care — like Trotta’s mother — to other hospitals, even though the change hasn’t received state approval.

Others have effectively terminated services for years without approval by dubbing them “suspensions,” stating that they have no intention to permanently close the units. Suspensions, unlike terminations, previously didn’t require state approval.

In March 2020, Gov. Ned Lamont issued an executive order allowing hospitals to temporarily shut down services to increase capacity for COVID patients. The order expired in May 2021, at which point any suspended services should have resumed. But at least two hospitals have not done so.

Under the waiver, Trinity Health of New England, which owns three hospitals in Connecticut, suspended birthing services at Johnson Memorial in Stafford two years ago. Services have remained shuttered ever since, but Trinity claims it will reopen the unit once it can find appropriate staffing.

OHS has opened an investigation into the suspension.

Prospect Medical Holdings, a Los Angeles-based company that owns 16 hospitals across the country including three in Connecticut, also took advantage of the COVID waiver. The company notified the state that it would shut down surgical services, among others, at Rockville General Hospital. As of February 2022, surgical services had not yet resumed, and OHS issued a $118,000 fine for the violation, which the company has appealed.

In emailed comments, a spokesperson for the hospital said that “certain services” have resumed and that the temporary suspensions at the hospital were “done in accordance with requirements set out by the Office of Health Strategy.”

John Brady, executive vice president of AFT CT, a union that represents health care professionals, said multiple members have told him that surgeries aren’t happening at the hospital. Additionally, Rockville closed its intensive care unit and replaced it with a progressive care unit without notifying the state. This is the same change Nuvance filed to make at Sharon Hospital.

The legislature just passed a measure that seeks to prohibit long-term suspensions by specifically defining a “termination of services” as any stoppage of service lasting more than 180 days.

When health systems buy up community hospitals, they often say the new affiliation will bring benefits that only a large system can offer, like access to new services and highly trained specialists.

Residents of Windham say that’s what happened with the formerly independent Windham Hospital after Hartford HealthCare acquired it in 2009.

“They led the community to believe that they were going to bring in telehealth service to augment what we had — that they would have specialists and whatnot, be able to [conduct visits] by video conference to help our hospital do better,” said Brenda Buchbinder, a resident of Willimantic and member of a community group called “Windham United to Save Our Healthcare.”

But in 2015, Hartford HealthCare announced the conversion of Windham’s intensive care unit to what’s known as a progressive care unit, which can’t handle the same complexity of care. At the time, the state didn’t require a certificate of need because the company stated the change did not entail a termination of services, a claim that the hospital’s doctors strongly disputed at the time, according to public documents.

Now, HHC is moving forward with plans to close the hospital’s labor and delivery unit. Buchbinder said those moves directly contradict the promises made to the community.

“Nowhere did they indicate that they were going to be consolidating and regionalizing services away,” said Buchbinder.

“It is supposed to improve access to services, to improve quality for people seeking health care, and that is not what happens,” said Ruqaiijah Yearby, professor of health law at St. Louis University, who studies racial disparities in health care.

In fact, experts disagree on how to measure hospital quality in the first place, making it impossible to understand the impact of consolidation on quality of care.

Rural hospitals face a particularly complicated situation. Sparked by financial challenges, the pace of rural closures began accelerating in 2010 and peaked in 2020. Getting acquired by a large health system could provide a way for some to avoid permanent closure.

From the perspective of the health care executives, eliminating a financially struggling unit provides immediate cost savings. A service cut makes even more sense if another facility within the system provides those same services.

While regionalizing health care services in this way improves the bottom line for hospitals, it leaves patients farther away from the medical care they need, sometimes unexpectedly.

Before Trotta’s mother ended up in the ER at Sharon, she’d never considered they’d need to go anywhere other than the local hospital in an emergency.

“We always took for granted that if you needed [care], you could just go to Sharon Hospital. I mean, it’s just been such an institution in this community for so many decades,” Trotta said.

But things had changed in Sharon. Several months before Trotta’s mother arrived at the ER, Nuvance had begun transitioning Sharon’s ICU to a progressive care unit. Unlike an ICU, a PCU doesn’t handle patients needing intubation or, like Trotta’s mother, around-the-clock cardiac monitoring or close nurse observation.

That night in February, Trotta’s mother had a choice: Stay put at Sharon without the care she needed or travel for treatment.

“At that point, she realized the seriousness of her condition — that she was faced with life or death,” said Trotta. (Trotta requested that her mother’s name not be included in this story for privacy reasons.)

Today, only one of Connecticut’s four rural hospitals remains independent — and it’s not likely to stay that way.

Service cuts have followed these acquisitions. The cuts would have a particularly devastating impact on the state’s rural labor and delivery landscape.

If the suspension remains permanent and the proposed closures receive state approval, only one of Connecticut’s four rural hospitals would offer birthing services. Windham and Litchfield counties would be left with one labor and delivery unit each, and Tolland County would have none.

Brittni Scavotto, who lives in Canaan, is expecting her second child and plans to give birth at Sharon Hospital, as she did with her first. Nuvance plans to discontinue labor and delivery at Sharon this year, and Scavotto is due this summer. The hospital system cited “underutilization” and “continuing low birth rates” as reasons for shuttering the unit.

Scavotto rejects that claim, saying she’s observed a resurgence of young families in the area, particularly since the start of the pandemic.

In emailed comments, Nuvance said that closing the unit was a difficult decision but added, “If Sharon Hospital is going to remain sustainable and continue to serve our patients into the future, we know we cannot maintain an underused Labor & Delivery unit.”

The company confirmed that the unit will continue operating until the closure receives state approval.

Who feels it the most?

At Windham Hospital, only 8% of birthing patients have commercial insurance, according to public documents Hartford HealthCare provided to the state. Such a low percentage suggests they represent some of the neediest residents in the state.

The documents also revealed that 70% of people who gave birth at Windham identified as “Hispanic or Latino.” In Connecticut, Latinx residents are the most likely of any racial or ethnic group to be uninsured.

With minimal Spanish-language media in the state, Windham town council member Rose Reyes said the Latinx community may remain unaware of the closure — which could present risks for people in labor who might be turned away.

Bea Trotta also fears that her friends or neighbors might show up at Sharon Hospital in an emergency, only to find the care they need isn’t available.

“When they get to the hospital, are they going to be faced with the same reality that I was? It’s like, ‘OK, well, now you’re at the hospital, but it’s not over.’”

After the ordeal at Sharon back in February, Trotta’s mother decided to transfer to Saint Francis in Hartford, nearly 50 miles away. She spent three days in the hospital and another two weeks at a rehabilitation facility.

In March, she turned 95 years old, celebrating over eclairs with her two daughters.

Mon May 9 , 2022
Source: Ollyy/Shutterstock I asked 9,000 people which character strength they wished for to help with their mental health. In other words, to have better mental well-being. The question was open for any of the thousands of people to personally interpret. Some people were already mentally strong and picked the strength […] 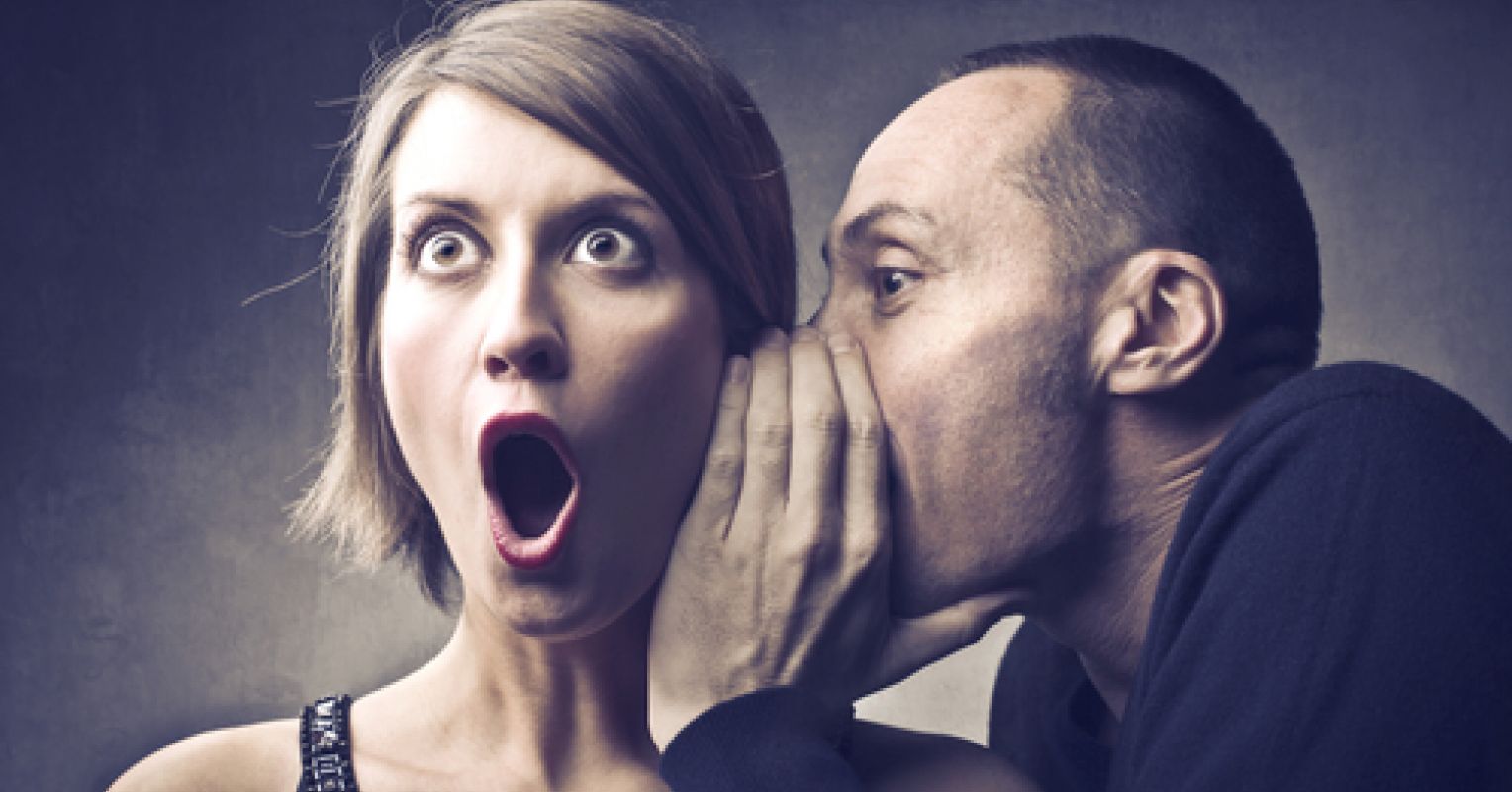