Microgreens are having a moment in the health and fitness world. You might find several stands popping up at your local farmers market or a variety of microgreens sandwiched between the sprouts and mushrooms at the grocery store. Grow-your-own-microgreen kits are gaining in popularity, too, suggesting these tiny plants could add the nutrition and flavor you’re missing from your plate.

Athletes often look at food entirely as a fuel source, forgetting that it should be about pleasure and taste, too, explains Hayden James, R.D.N., C.S.S.D., owner of Satiate Nutrition. Adding microgreens to your diet is a way to get both fuel and enjoyment.

So what are microgreens, exactly? They’re the immature plant of most vegetables, herbs, and some grains, James says.

They’re harvested at just seven to 14 days old and when they’re just one to three inches tall, according to the U.S. Library of National Medicine, making them a little older than sprouts but not as mature as baby veggies.

What are the health benefits of microgreens?

Whether microgreens should be put on a nutrition pedestal is still up for debate, Hayden says. When it comes to assessing their nutrition, there isn’t a whole lot of information in the nutrient analysis software, which is what dietitians use to look at a food’s nutritional value.

That said, more researchers are studying the nutritional composition of these tiny greens, and, according to the U.S. Library of National Medicine, some microgreens could contain four to six times more vitamins and antioxidants than their grownup counterparts.

A paper from the U.S. Department of Agriculture found that of 25 microgreens tested, red cabbage, cilantro, garnet amaranth, and green daikon radish were highest in vitamin C, carotenoids, vitamin K, and vitamin E. The researchers point out that generally speaking, microgreens contain about five times more vitamins and carotenoids than their mature vegetables.

And a 2015 study published in the Journal of Food Composition and Analysis showed that microgreens are higher in calcium, magnesium, iron, manganese, zinc, and selenium. They also contain fewer nitrates—which, in excess, could negatively affect how your blood carries oxygen, according to the Minnesota Department of Health.

Regardless of whether microgreens are nutritional powerhouses, James points out that they’re still a form of vegetable that can provide nutrition and flavor.

“They have a lovely texture, and a lot are quite flavorful,” she says. “Microgreens can add excitement and interest to your meals, and food satisfaction is such an undervalued but important part of nutrition and healthy eating.”

Where can you find microgreens?

You’ll find microgreens in the produce section of a typical grocery store, but not necessarily near its mature counterpart. James finds hers near the mushrooms and sprouts. They’re also becoming more popular at farmers markets, and for the gardener or gardener-wannabe, you can grow your own.

Microgreen grow kits don’t take up a lot of space, nor do they require much of a green thumb.

How should you use microgreens in your meals?

While you can certainly make a full salad out of microgreens, James says they can be very powerful-tasting so you might want to consider adding them to other dishes. For example, arugula or radish microgreens can even be on the spicy side. “You might not want that in a smoothie,” she says.

James recommends mixing more neutral microgreens, like watercress, in a smoothie, mixing bold-flavored ones in a salad, adding to a sandwich, or sauteing them as part of a veggie side.

Should you take a microgreen supplement?

As with all supplements, approach with caution. They’re not regulated by the U.S. Food and Drug Administration, which means marketing claims are often meaningless, James says.

For example, one microgreen supplement claims to have up to 40 times the amount of nutrients of its mature counterparts, calling it a “100 percent immunity-boosting superfood”—bold statements that probably aren’t 100 percent true.

“There is very little data on greens powder in general,” James says, noting that whole foods are usually the better choice. Not only do whole foods contain a variety of nutrients that might be lost in supplement form, they often work together with other foods for full health benefits, she says.

Microgreens are an excellent choice to spice up your plate and add a little extra nutrition—even if we’re not totally sure how much to add, James says.

“If you enjoy eating microgreens, include them in your daily intake of veggies—you need three servings a day,” James says.

As with any other food trend, she says, there is a lot of hype about certain foods being superfoods or being superior to other foods. “That’s the wrong thing to concentrate on,” James says. “We need to have diversity in the foods we’re eating.” So consider these microgreens a complement to all your other nutritious, tasty foods too.

Heather Mayer Irvine
Freelance Writer
Heather is the former food and nutrition editor for Runner’s World, the author of The Runner’s World Vegetarian Cookbook, and a seven-time marathoner with a best of 3:31—but she is most proud of her 19:44 5K and 5:33 mile.

This content is created and maintained by a third party, and imported onto this page to help users provide their email addresses. You may be able to find more information about this and similar content at piano.io 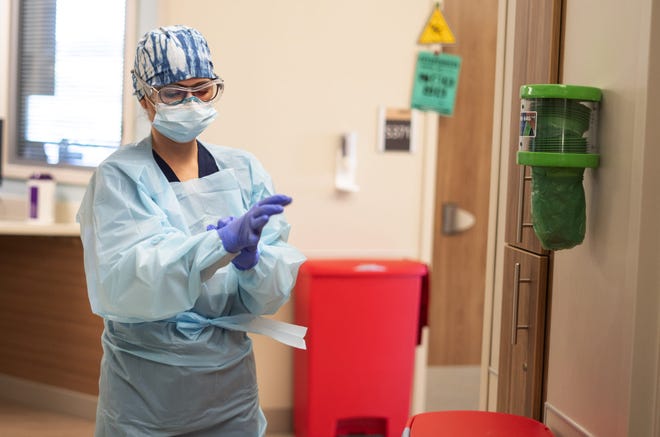