Burn Rate: Launching a Startup and Losing Your Mind

Andy Dunn’s start-up, Bonobos, was being courted for an acquisition by retail giant Walmart. It was a thrilling process, but the co-founder and former CEO of the online menswear brand knew it was time to disclose his secret: He had bipolar disorder.

In his new book, “Burn Rate: Launching a Startup and Losing My Mind,” the 43-year-old entrepreneur opens up about how his personal life fell apart shortly before Walmart’s $310 million acquisition of Bonobos in 2017 came together. He shares some of the lowest points, including his stay in a psychiatric ward in Bellevue Hospital in New York City and assault charges from a severe manic episode when he struck his then girlfriend and her mother. The charges were later dismissed as Dunn sought treatment and repaired the relationship with his girlfriend, Manuela, who he later married.

Dunn joined Walmart after telling the retailer about the episodes and his efforts to get better with therapy and medication. He oversaw Walmart’s growing collection of brands that started online and contributed to the company’s push into the digital world.

Dunn left Walmart in 2020 and has founded a social media start-up, Pumpkin Pie. Its app, which has been described as a “Tinder for friendship,” is set to launch later this year.

Early this year, Walmart launched a new, lower-priced extension of the Bonobos brand, Bonobos Fielder. It marked the first time that Walmart’s website and some stores sold apparel under the Bonobos name — part of the company’s broader strategy to launch its own fashion-forward apparel lines and sell more general merchandise.

Dunn spoke to CNBC from his home in Chicago. His comments were edited for brevity and clarity.

You could have devoted the book to advice about entrepreneurship, or Bonobos’ acquisition by Walmart. Why did you decide to write a book about your mental health struggles?

It was a great conversation with my editor, before he was officially my editor. He put it in a candid way, which was in a turndown email: “If Andy wants to write a chest thumping, self-congratulatory memoir about entrepreneurial success, I’m not interested. But if he wants to do an unvarnished story about mental illness, told through the lens of an entrepreneur, then that could be a really exciting project.”

And I was like, yes, that’s what I want to do. That’s the person I want to work with.

What made you ready to relive some of the parts of your past?

Four years of therapy, twice a week, and having really done the work to process and metabolize and rebuild myself after this devastating psychotic break in 2016. And all the strength of loved ones around me

It’s never over with this diagnosis, but I thought I had a unique opportunity to share how I got through at least some really challenging days. I didn’t want to waste that.

Andy Dunn credits his family, including his wife, Manuela, for helping him to get healthy. He said the birth of his son, Isaiah, has also helped him stay grounded.

In the book, you mentioned another accomplished entrepreneur who had a very public battle with mental health, Tony Hsieh of Zappos. Why do you think mental health has been such a taboo topic in the business world, and really, in the world of entrepreneurship?

Tony’s case is so sad and tragic in its own right. Here’s a person who wrote a book called “Delivering Happiness,” who built a company rooted in a joyous energy. Zappos was long known and studied for its culture. He was known to be the life of the party and someone who did so much for the community in Las Vegas.

He was a hero to me. And then, obviously, he had been privately suffering.

I think that’s a part of the typical entrepreneur archetype, someone who’s got that — a brilliant, charismatic spirit. And it’s expected, right? You got to show up with that every day, and that’s inhuman to expect out of anyone.

The pandemic has started a broader conversation about mental health. What role can the business world and employers play in trying to improve access to care and fight the stigma?

The first thing is creating a safe environment for disclosure, so that people can share what they’re dealing with. It’s incumbent upon leaders to role model that behavior to show their teams that it’s safe for them to come forward.

Step two is building community around it. I’ve gotten a chance to speak to a bunch of companies in the last few weeks. I loved my conversation with [tech company] Carta because they already have a neurodiversity employee resource group.

The third part is really investing in the care that people need. Regular medical insurance isn’t getting the job done in terms of the ability to find mental health professionals. Reimbursement rates are often too low.

The only way for that to change is for there to be investment.

The contrasts in the book were really striking. You’re staying in a psychiatric ward and then soon after, you’re in talks to do a deal with Walmart. What was it like when you heard Walmart was interested in buying Bonobos?

I had gone from thinking that we would do a private equity transaction where we stayed on the independent path towards IPO, to spending time with the team at Walmart, particularly Marc Lore [Walmart’s then-e-commerce chief] and [CEO] Doug McMillon and really falling in love with the opportunity to be a part of the digital transformation of the Fortune One company.

As I went from being like, “independent to the moon’ to ‘joining forces with Walmart would be incredible,’ we got to a part of the deal process where the background checks were coming up. It was time I thought where I had to disclose it [my diagnosis and arrest record]. I didn’t want to try to hide it.

Andy Dunn attends a launch party at a Bonobos store on Chicago’s Michigan Avenue in 2016. After operating as digital only, the direct-to-consumer start-up opened brick-and-mortar locations called “guideshops,” where customers could try on clothing and order it straight to their doors.

You helped birth the direct-to-consumer movement in many ways. But a lot of those companies have not become independent, profitable businesses. What do you think is the future of the DTC model?

The pure-play internet model is hard. Direct-to-consumer founders — and I was one of them — kind of fall too in love with the direct-to-consumer potential of their brands, but ignore the parts of the legacy retail world that are still alive and well.

Pure-play internet models are just fundamentally challenged on long-term profitability. It’s important to have humility as a direct-to-consumer founder and be aware that even if the e-commerce side of the house is growing really quickly, there’s still a lot of revenue going through traditional brick-and-mortar.

How have you ultimately found a better balance between your drive for success and your desire to stay healthy?

My son, Isaiah, is a big part of it. He’s 20 months old, and he doesn’t care about my success. He cares about himself and I think it’s a beautiful thing. I felt so self-involved for so long. Building a company can be a self-absorbed endeavor.

The way I would describe it is going from being in the center of the solar system to being a planet that orbits him. It just creates a fundamentally different worldview.

Sun Jun 12 , 2022
The Biden administration is considering a requirement that the nation’s 15,500 nursing homes spend most of their payments from Medicaid on direct care for residents and limit the amount that is used for operations, maintenance, and capital improvements or diverted to profits. If adopted, it would be the first time […] 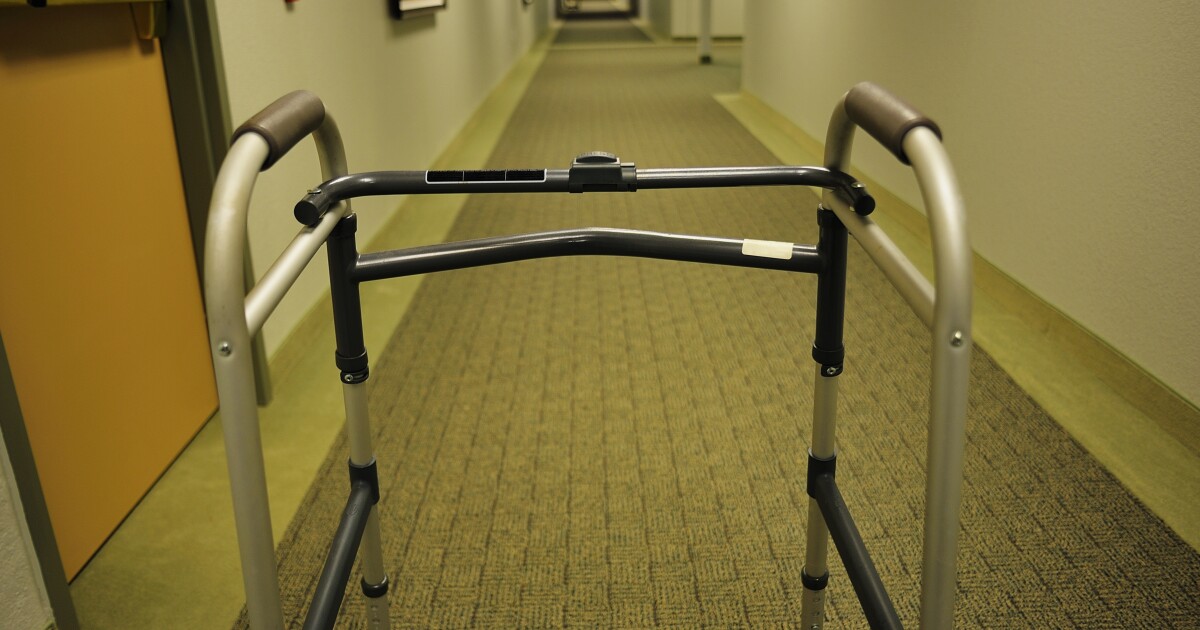