Even as rapid improvements in artificial intelligence have led to speculation over significant changes in the health care landscape, the adoption of AI in health care has been minimal. A 2020 survey by Brookings, for example, found that less than 1 percent of job postings in health care required AI-related skills.

The Abdul Latif Jameel Clinic for Machine Learning in Health (Jameel Clinic), a research center within the MIT Schwarzman College of Computing, recently hosted the MITxMGB AI Cures Conference in an effort to accelerate the adoption of clinical AI tools by creating new opportunities for collaboration between researchers and physicians focused on improving care for diverse patient populations.

Once virtual, the AI Cures Conference returned to in-person attendance at MIT’s Samberg Conference Center on the morning of April 25, welcoming over 300 attendees primarily made up of researchers and physicians from MIT and Mass General Brigham (MGB).

MIT President L. Rafael Reif began the event by welcoming attendees and speaking to the “transformative capacity of artificial intelligence and its ability to detect, in a dark river of swirling data, the brilliant patterns of meaning that we could never see otherwise.” MGB’s president and CEO Anne Klibanski followed up by lauding the joint partnership between the two institutions and noting that the collaboration could “have a real impact on patients’ lives” and “help to eliminate some of the barriers to information-sharing.”

Domestically, about $20 million in subcontract work currently takes place between MIT and MGB. MGB’s chief academic officer and AI Cures co-chair Ravi Thadhani thinks that five times that amount would be necessary in order to do more transformative work. “We could certainly be doing more,” Thadhani said. “The conference … just scratched the surface of a relationship between a leading university and a leading health-care system.”

MIT Professor and AI Cures Co-Chair Regina Barzilay echoed similar sentiments during the conference. “If we’re going to take 30 years to take all the algorithms and translate them into patient care, we’ll be losing patient lives,” she said. “I hope the main impact of this conference is finding a way to translate it into a clinical setting to benefit patients.”

This year’s event featured 25 speakers and two panels, with many of the speakers addressing the obstacles facing the mainstream deployment of AI in clinical settings, from fairness and clinical validation to regulatory hurdles and translation issues using AI tools.

On the speaker list, of note was the appearance of Amir Khan, a senior fellow from the U.S. Food and Drug Administration (FDA), who fielded a number of questions from curious researchers and clinicians on the FDA’s ongoing efforts and challenges in regulating AI in health care.

The conference also covered many of the impressive advancements AI made in the past several years: Lecia Sequist, a lung cancer oncologist from MGB, spoke about her collaborative work with MGB radiologist Florian Fintelmann and Barzilay to develop an AI algorithm that could detect lung cancer up to six years in advance. MIT Professor Dina Katabi presented with MGB’s doctors Ipsit Vahia and Aleksandar Videnovic on an AI device that could detect the presence of Parkinson’s disease simply by monitoring a person’s breathing patterns while asleep. “It is an honor to collaborate with Professor Katabi,” Videnovic said during the presentation.

“What I really liked about that panel was the emphasis on how relevant technology and AI has become in clinical science,” Ghassemi says. “You heard some panel members [Eliezer Van Allen, Najat Khan, Isaac Kohane, Peter Szolovits] say that they used to be the only person at a conference from their university that was focused on AI and ML [machine learning], and now we’re in a space where we have a miniature conference with posters just with people from MIT.”

The 88 posters accepted to AI Cures were on display for attendees to peruse during the lunch break. The presented research spanned different areas of focus from clinical AI and AI for biology to AI-powered systems and others.

“I was really impressed with the breadth of work going on in this space,” Collin Stultz, a professor at MIT, says. Stultz also spoke at AI Cures, focusing primarily on the risks of interpretability and explainability when using AI tools in a clinical setting, using cardiovascular care as an example of showing how algorithms could potentially mislead clinicians with grave consequences for patients.

“There are a growing number of failures in this space where companies or algorithms strive to be the most accurate, but do not take into consideration how the clinician views the algorithm and their likelihood of using it,” Stultz said. “This is about what the patient deserves and how the clinician is able to explain and justify their decision-making to the patient.”

Phil Sharp, MIT Institute Professor and chair of the advisory board for Jameel Clinic, found the conference energizing and thought that the in-person interactions were crucial to gaining insight and motivation, unmatched by many conferences that are still being hosted virtually.

“The broad participation by students and leaders and members of the community indicate that there’s an awareness that this is a tremendous opportunity and a tremendous need,” Sharp says. He pointed out that AI and machine learning are being used to predict the structures of “almost everything” from protein structures to drug efficacy. “It says to young people, watch out, there might be a machine revolution coming.” 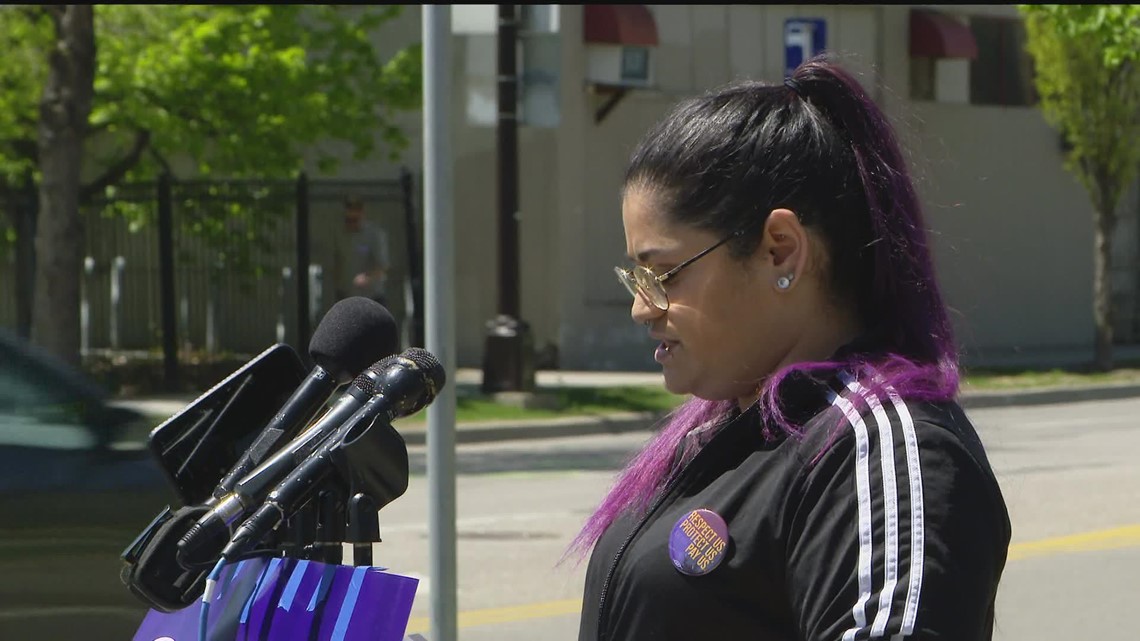