Amazon will dramatically expand its health-care reach with its planned $3.9 billion acquisition of One Medical, a primary care provider with 188 offices in 25 markets nationwide.

And though it has grown quickly, One Medical has yet to turn a profit since going public in 2020. In the first three months of 2022, losses topped $90 million.

So, why is Amazon buying One Medical? Here’s a brief guide:

What does One Medical do?

One Medical is a subscription-based primary care provider that leans into technology to build what it calls “a seamless combination of in-person, digital, and virtual care services that are convenient to where people work, shop, and live.” Headquartered in San Francisco, it operates in major metro areas like Atlanta, Boston, Chicago, Los Angeles, New York and the District.

How does One Medical work?

At its core is an app and website that members can use to book appointments, track health records and renew prescriptions. Patients who sign up on their own are charged an annual fee of $199 for a suite of services that include on-demand video health consultations available at all hours and other benefits.

Amazon spokeswoman Angie Quennell declined to comment on whether One Medical’s services will be integrated with any of Amazon’s other services, such as Prime, Pharmacy or Care.

Why is Amazon spending so much?

In a news release announcing the acquisition, Amazon senior vice president Neil Lindsay said health care is “high on the list of experiences that need reinvention.” The Seattle-based tech giant believes it can expand and improve health care through a “human-centered and technology-powered approach,” he said.

“Booking an appointment, waiting weeks or even months to be seen, taking time off work, driving to a clinic, finding a parking spot, waiting in the waiting room then the exam room for what is too often a rushed few minutes with a doctor, then making another trip to a pharmacy — we see lots of opportunity to both improve the quality of the experience and give people back valuable time in their days,” Lindsay said in a statement.

Though One Medical is losing money — not uncommon for a start-up — it’s growing quickly: It captured a total revenue of $254 million in the first three months of 2022, a roughly 110 percent jump over the $121 million recorded in the year-ago period.

What does Amazon know about health care?

The acquisition is part of Amazon’s years-long push into health care, though none of its previous moves carried as much financial firepower.

Amazon bought online pharmacy PillPack for $753 million in 2018, which turned into Amazon Pharmacy two years later. It built Amazon Care with the help of another acquisition, the medical tech start-up, Health Navigator. The service offers telehealth visits and in-home visits for employees of certain companies, including Hilton, in some cities.

In leaked audio of an all-hands meeting in November, Amazon chief executive Andy Jassy told staff that Amazon Care is one of the company’s top innovations, highlighting that the division is aiming to expand through partnerships and new services, Insider reported this year.

The company’s cloud computing division, Amazon Web Services, offers specific products for health care and a health-care accelerator for start-ups. The company has also used its Amazon Business e-commerce offering to target hospitals, according to reports.

One of its first big moves floundered, however. Known as Haven, it was an ambitious effort undertaken in partnership with JPMorgan Chase and Berkshire Hathaway to address soaring health-care costs and improve patient outcomes. But it shuttered last year after only two years.

What does this mean for patient data?

Quennell said the acquisition doesn’t change the fact that both companies “have stringent policies protecting customer privacy in accordance with HIPAA and all other applicable privacy laws and regulations.”

Still, the deal quickly drew scrutiny from some critics, many of whom are wary of Amazon’s control over numerous consumer-facing businesses. The company that got its start as an online bookseller nearly three decades ago has grown its business to encompass a delivery network roughly the size of UPS, a dominant cloud provider that allows companies to store data remotely and a vast ecosystem of Alexa-powered devices. And it has grown its Prime membership program to more than 200 million globally.

Others raised privacy concerns, pointing out that monetizing consumer data is an important part of Amazon’s other operations.

“Amazon’s takeover of One Medical is the latest shot in a terrifying new stage in the business model of the world’s largest corporations,” said Barry Lynn, the executive director of the left-leaning Open Markets Institute.

Lynn said he thinks the deal will expand Amazon’s ability to collect “the most intimate and personal information about individuals, in order to track, target, manipulate, and exploit people in ever more intrusive ways.”

“Acquiring One Medical will entrench Amazon’s growing presence in the health care industry, undermining competition.” Brown said. “It will also pose serious risks to patients whose sensitive data will be captured by a firm whose own Chief Information Security Office once described access to customer data as ‘a free-for-all.’”

Fri Jul 22 , 2022
ezra klein I’m Ezra Klein. This is “The Ezra Klein Show.” Before we begin, the researcher position is closed. We’re going to go through the applications, and if you applied — and thank you so much if you did — you’ll hear from us within the next few weeks. OK. […] 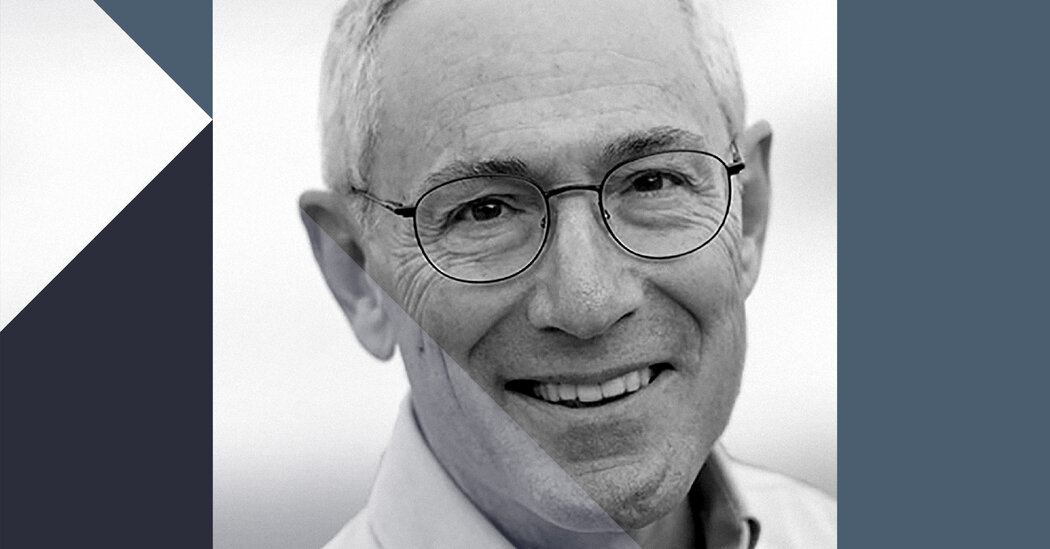