We, the G7 Health Ministers, strongly condemn President Putin’s unprovoked and unjustified military aggression against Ukraine, which has already caused thousands of deaths and suffering for millions of people and which grossly violates international law, including the UN Charter, and undermines international peace and security. We demand that Russia immediately cease its unprovoked and unjustified military actions, withdraw all its forces from the territory of Ukraine within its internationally recognized borders, fully respect Ukraine’s territorial integrity, sovereignty and independence, and abide by UN General Assembly resolution titled “Aggression against Ukraine” supported by 141 states at the 11th emergency special session as well as the legally binding decision by the International Court of Justice ordering Russia to immediately suspend its war of aggression against Ukraine.

We also condemn in the strongest possible terms indiscriminate attacks on the Ukrainian population, and health facilities and health workers who are caught in the crossfire in Ukraine. We fully support the joint statement issued by the United Nations Children’s Fund (UNICEF), the United Nations Population fund (UNFPA) and the World Health Organization (WHO) on 13 March to stop the devastating impact of attacks on health care facilities in Ukraine, such as the horrific shelling of the maternity hospital in Mariupol. Intentionally directing attacks at civilians and civilian infrastructure, including health care facilities and workers, violates International Humanitarian Law. Health must remain a priority, with health workers being protected so they can provide emergency care to save lives, and with health systems and facilities being protected so that they remain accessible to all who need them.

Aid organisations are finding it increasingly difficult to deliver medical aid to people in need, with the problem becoming more acute as the war spreads, having a direct negative impact on public health. Humanitarian partners and health care workers must be able to safely maintain essential health service delivery for civilians across Ukraine as well as for refugees crossing into neighbouring countries. International humanitarian and human rights law must be upheld, and the protection of civilians must remain a top priority.

Since the start of Russia’s further invasion, 64 attacks hitting health care facilities have been documented in the WHO’s Surveillance System for Attacks on Health Care, resulting in 15 deaths and 37 injuries. In most of the cases, health care facilities were damaged or destroyed. Beyond the immediate deaths and injuries, these attacks have a huge impact on people’s lives and reduce access to essential health services – especially for sick and wounded people as well as for children, pregnant women, older persons and other vulnerable populations – and can lead to delayed treatments, worsening the prognosis of affected people and resulting in indirect deaths. Attacks on health care facilities will have a long-term impact on people’s ability to recover from illnesses many years after the conflict is over. These attacks must stop immediately. Health workers on the frontline must have unhindered access to support populations in need.

The healthcare system in Ukraine is under significant strain. We are extremely concerned about the disruptions in medical supplies and essential and routine health services as well as widespread destruction of water infrastructure and sanitation. The lack of access to such essential services is having an extremely serious negative impact on the health of people in Ukraine and the region. Every effort to prevent collapse of the healthcare system must be made.

We commend the work of organizations and staff coordinating and delivering essential health support and services to people affected in Ukraine and the neighboring countries, including WHO, ICRC, UN agencies and international organizations. We also remain vigilant of the ongoing spread of COVID-19 and other infectious diseases in Ukraine and amongst displaced persons and refugee populations who have taken shelter in the neighboring countries, and we are ready to provide specific support through safe and efficacious COVID-19 vaccines dose-sharing.

We thank WHO and other international organizations and entities across the region for their tireless work as well as coordination with Ukraine’s Ministry of Health, providing health supplies, including medicines and diagnostics, trauma and emergency surgery kits, to Ukraine to keep medical supply chains open and deliver life-saving care as well and psycho-social support to those in need, as well as their support to neighboring countries.

There’s a Mental-Health Crisis Among American Children. Why?

Wed Mar 23 , 2022
Unfortunately, that means letting go of the popular notion that a return to “normal” for children — in-​person schooling, no more masks — will reverse those trends. In fact, such measures may compound the stress many students already feel, says Lisa Fortuna, the U.C.S.F. chief of psychiatry at Zuckerberg San […] 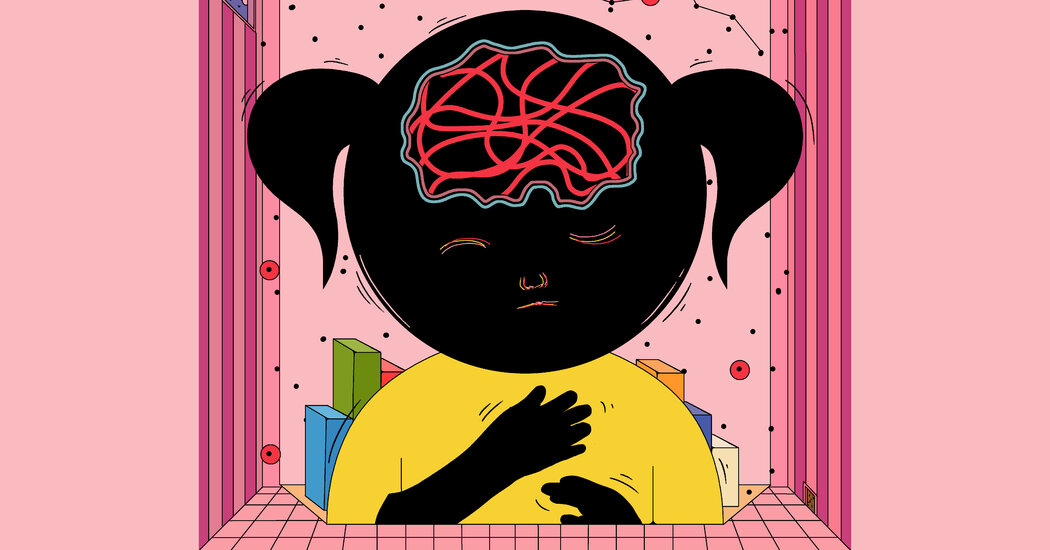