The announcement of the tele mental health programme, in the 2022 Union Budget to support people who have been facing deteriorating mental health, especially amid the pandemic is a shot in the arm for the mental health care scenario in the country.

Besides, poor awareness about symptoms of mental illness, myths and stigma related to it, lack of knowledge on the treatment availability and potential benefits of seeking treatment have been the impeding factors for people to seek professional help for mental health issues when they are in need.

Even among the urban population mental health issues are still not accorded adequate importance. A very few seek help when they need it. The situation is rural areas is abysmal. Statistics show the grim reality.

The National Mental Health Survey conducted by NIMHANS in 2016 found that close to 14 per cent of India’s population required active mental health interventions. The Survey reported that nearly 70-80 per cent of those with mental illness in India received no treatment. The Survey also estimated that only one out of 10 people with mental health disorders received evidence-based treatments in India.

The WHO predicts that by end of this year roughly 20 per cent of India will suffer from mental illnesses. According to the WHO, 5.6 crore Indians suffer from depression and another 3.8 crore suffer from anxiety disorders. WHO estimates that, in India, the economic loss, due to mental health conditions, between 2012-2030, is 1.03 trillion dollars (at 2010 dollar rate).

In October 2021, a study in Lancet reported a 35 per cent increase in mental health problems in India. According to ‘The Global Burden Of Disease Study 1990 – 2017’, 19.73 crore people were suffering from various mental disorders in India, that is one in seven Indians. The country saw a two-fold increase in the diseases contributed by mental disorders – the total disease burden in India increased from 2.5 per cent in 1990 to 4.7 per cent in 2017.

While that being the disease burden, there is a vast treatment gap that exists with regard to mental health in the country. The National Mental Health Survey 2016 found that for common mental health disorders such as depression and anxiety disorders, the treatment gap is as high as 85.2 and 84 per cent, respectively. While for severe mental illnesses and suicidal risk, the gap is still as high as 74 and 80 per cent, respectively.

While the Tele Mental Health Programme would go a long way to destigmatise mental illnesses and take treatment to the patients’ doorstep, lack of adequate number of trained mental health professionals like psychiatrists, clinical psychologists, psychiatric social workers and psychiatric nurses is a factor that can derail the programme.

According to an article “Cost estimation for the implementation of the Mental Healthcare Act 2017” published in Indian Psychiatric Journal – April 2019, India has 9000 psychiatrists, 2000 psychiatric nurses, 1000 clinical psychologists, and 1000 psychiatric social workers.

The solution lies in augmenting the existing training facilities and setting up of premier academic institutions and hospitals focused on Mental Health care that can train professionals to reduce the gap.

If these impediments in the sector are addressed, the National-level programme, with National Institute of Mental Health and Neurosciences (NIMHANS) Bangalore as a nodal agency, is going to be a definite “game-changer” for mental health care services in India.

(The writer is a trained Gerontologist based at Hyderabad)

Sat Mar 12 , 2022
Dr. Radowitz said that he sees “no difference whatsoever” between esketamine and ketamine, contrary to the F.D.A.’s assessments. Even so, he doesn’t think two hours is “necessary.” He acknowledges that Nushama’s practices differ from F.D.A. protocols for administering esketamine, but said he is not worried about potential risks or legal […] 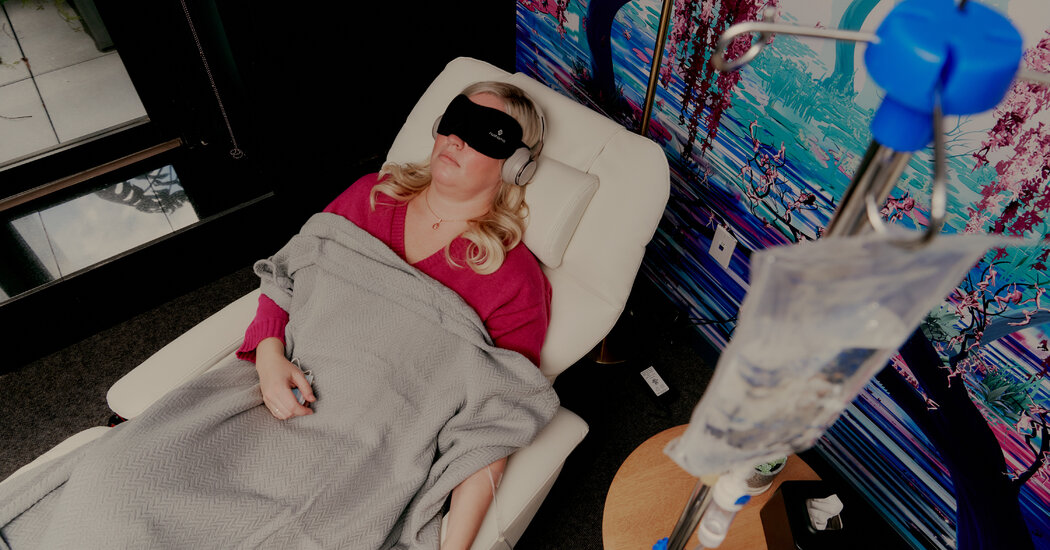