Dozens of provider organizations in Michigan have gone out of business — and more are at risk of the same fate — due to the state legislature’s decision to cut the rates of home care and residential caregivers by 45%.

As a result, thousands of people in Michigan will now likely be forced into nursing homes following an April 1 deadline. Those individuals had previously received care under a unique policy that allowed auto-crash survivors with long-term needs to have their home-based care costs fully covered.

Barry Cargill, the president and CEO of the Michigan HomeCare & Hospice Association, told Home Health Care News that because of legislation passed in July, some providers and caregivers have had to make the painstaking decision to discharge their auto-injury survivors.

Home-based care companies in Michigan that have taken advantage of the unique policy “have simply disappeared,” Cargill said.

For about 40 years, Michigan had a different auto insurance policy than just about every other state. It offered people unlimited personal injury protection if they were involved in a serious automobile accident.

In 2019, the legislature passed a bill that gave insured drivers a choice to select an amount of personal injury protection.

“If you’re of Medicare age, you don’t have to have any coverage. You would use your Medicare,” Cargill said. “Or you could select some other amount right on up to unlimited.”

Because Michigan had an unlimited coverage plan, it also had a catastrophic claims fund to pay for injuries that exceeded catastrophic levels, or about $600,000. If someone had an auto injury and the subsequent costs exceeded that amount, then they would draw not from the state’s claims fund.

The number of people in Michigan who pull from the catastrophic claims fund is about 18,000, Cargill said. Among other benefits, it includes “attended care,” which includes non-medical home care for people who have severe medical needs.

Then came the fee-cut schedule — which was passed in 2019 and took effect in July — that slashed the home care reimbursement services to 45% of what a particular agency used to charge prior to that year. That caused reimbursement to be below the cost needed to sustain an employee to provide care.

Cargill said lawmakers insisted the bill didn’t intend to hurt the home care industry, and that they would try to amend the bill and fix it in the two years between 2019 and 2021. But nothing came to pass.

“It has been a long, distressing, sleepless eight months for long-term catastrophic auto-crash survivors, families, and the home care and residential caregivers they depend on for necessary care,” Cargill wrote in a letter to Michigan House Speaker Jason Wentworth. “Patient recovery, rehabilitation, safety, health, jobs and businesses are at stake. This dire situation was caused when 12 simple billing codes were inadvertently cut. If reinstated, thousands of now helpless humans can receive the lifesaving care they deserve and were promised by the state of Michigan, when they paid into the Michigan Catastrophic Claims Association.”

The new no-fault price controls have already had an immediate impact on home care agencies and other businesses that treat patients with long-term car crash injuries. Some of them had high cost and labor-intensive operations that were calibrated for no-fault’s previously high reimbursements.

Many providers have already closed their doors over the past eight months, but many more are still at risk, Darby Anderson, the chief strategy officer for Addus HomeCare Corporation (Nasdaq: ADUS), told HHCN.

Addus provides home health, hospice and home care services to about 45,000 consumers through 211 locations across 22 states.

“There are a lot of agencies in Michigan where this is their primary source of revenue, so they will close. They will go out of business,” Anderson said. “Or they will maybe try to adapt to be a Medicaid provider or something. There’s probably 25 to 30 that are members of the [Michigan HomeCare & Hospice Association], and I would say probably 80% of those are facing [the potential of] going out of business.”

Anderson is also on the board of the Partnership for Medicaid Home-Based Care.

Others have already dropped long-time patients because the new reimbursements were too low. Now, those patients will likely end up in nursing homes.

Cargill said that since July 2, 2021, about 3,000 people have lost their jobs and nearly two dozen home care providers have closed.

“Home health care providers have been dealing with delays, denials and other stall tactics to get paid,” he said. “Members of the Michigan HomeCare & Hospice Association and the patients that they serve do not have the financial resources or the luxury of time that the insurance industry enjoys. Most have been carrying the financial burden of unpaid services because there was hope that the Michigan legislature would act to make a fix by March 1st.”

Cargill and other advocates were able to introduce a bill in the state House that, he said, would fix the reimbursement for families and agency caregivers. The bill has 57 co-sponsors.

However, Speaker Wentworth recently said the issue was dead and the House wouldn’t consider legislation on the issue for at least another year.

“You never know where these kinds of threats and challenges are going to come from in your state,” Anderson said. “Medicaid is very different in every state, so it could be that there’s a unique program in whichever state that could face this pressure. It’s the constant battle for what’s the appropriate rate of reimbursement to support the delivery of the services.”

Mon Mar 28 , 2022
Dr. Jerome Adams Like most people who watched the Oscars on Sunday night, I’m still processing my feelings on “the slap” that occurred between Will Smith and Chris Rock. And as has become the norm lately – from discussions on COVID-19, to Congress to Colin Kaepernick – most people have fallen into camps and viewed this situation […] 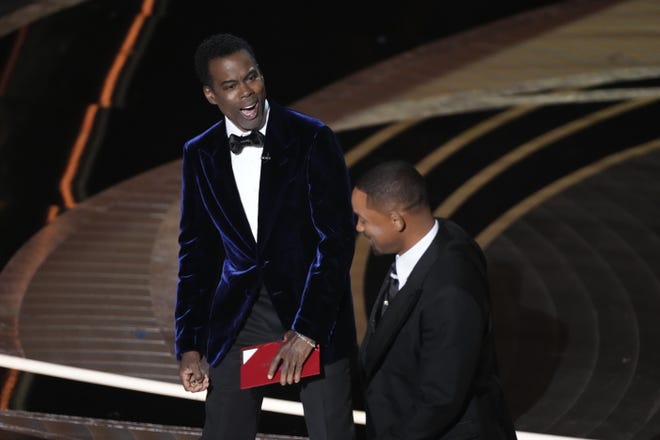