When the Germans bombed England during World War II, “remote misses” ended up giving Londoners “survivor exhilaration,” which resulted in boosted morale as opposed to the Germans’ expectation of diminishing it.

Though far from an apples-to-apples comparison, home-based care operators that were pummeled by Omicron-related workforce shortages at the beginning of 2022 – that are rebounding now – have a newfound optimism for the future, given what they’ve been through.

Addus HomeCare Corporation (Nasdaq: ADUS) is an example of that. And as it emerges from the proverbial rubble, it believes it’s primed to grow, further supported by a new chief development officer on board.

In the first quarter, the company had its highest employee-quarantine rate of the entire pandemic at 4%. The surge affected hiring as well, all the way until the second week of February. Addus estimates that it delivered 6% less personal care service hours due to the surge, which also significantly hurt its home health segment – particularly in New Mexico.

Things normalized by March, and the company did acknowledge that its currently monitoring the BA.2 Omicron variant closely.

“We are proud of our strong operating performance,” Dirk Allison, chairman and CEO of Addus, said on a first quarter earnings call Tuesday. “With year-over-year growth in revenue gross margin and earnings, our team was able to produce solid results for the quarter despite the pressures from increased employee quarantines.”

That new chief growth officer, Cliff Blessing, is a former Encompass Health executive (NYSE: EHC). Blessing’s hiring reflects Addus’ ongoing, pointed M&A strategy, as well as its ambitions to get further into home health care, given that he comes in with a deep knowledge of the home health M&A landscape.

Addus’ revenue totaled $226.6 million in the first quarter, a 10.4% increase compared the $205.3 million it brought in last year during the same time period.

“We saw home health admissions increase steadily, with the overall favorable trend continuing into April,” Allison said. “We are excited about our home health operation and how it complements our personal care services. We will continue to focus our efforts on expanding these services into our existing personal care markets.”

The external and internal operating environments for Addus are a mixed bag.

For instance, wage pressures have resulted in a 4% to 5% hike in per-hour pay for home health and hospice workers. Turnover has also increased.

“We have also experienced an increase in turnover in these segments, as the demand for the limited number of clinicians increases across various health care settings,” Allison said.

At the same time, in various states the company operates in, there have been favorable payment rate alterations.

Though most all of the funding for wages will go straight to the caregivers, Allison said the company does expect to benefit from those increases “on the margins.”

In terms of new growth, Addus’ M&A strategy has remained consistent, but now has newfound life.

“With the addition of Cliff Blessing to lead our development efforts, we are reaffirming that acquisitions remain an important part of our growth strategy,” Allison said. “While we remain interested in all three levels of care, our current focus is on acquiring additional companies that operate in our personal care markets. And in the home care segment, we continue to believe that acquisitions will remain an important part of achieving our 10% minimum annual revenue growth target, which we have had for the past few years.”

The company additionally is continuing to invest in partnerships with managed Medicaid payers, among others, to increase its value-based care work. Its begun to “collect and analyze data” that will help demonstrate its value to payers on issues such as ER visits and readmissions.

While that business currently has an “immaterial” impact on the overall company, Addus is convinced it will pay long-term dividends.

“M&A remains a key focus and should boost growth and EBITDA upside,” an analyst note from the investment banking company Jefferies read. “One of the longstanding drivers of our positive view on Addus is management’s track record in deploying capital and pursuing good assets that either increase the company’s density in an existing state or enhance its service offerings. … We remain positive, given expectations, for improved hiring and a boost from acquisitions.”

Wed May 4 , 2022
This content contains affiliate links. When you buy through these links, we may earn an affiliate commission. Every May, Mental Health Awareness Month focuses on bringing attention to how mental health plays such a huge role in everyone’s life. It educates about the different ways people can struggle with their […] 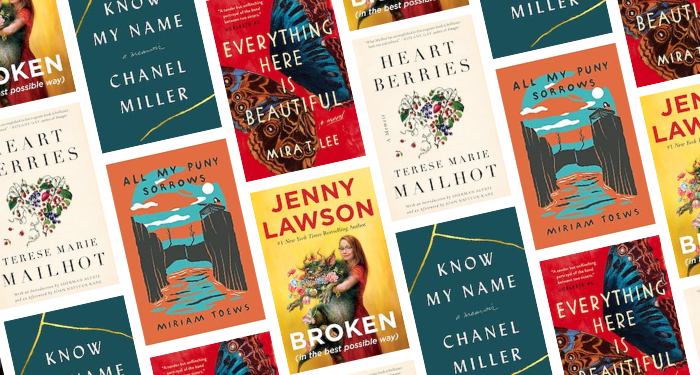