A multicenter aspirin deprescribing intervention significantly reduced excess aspirin use among patients treated with warfarin for atrial fibrillation (AF) and/or venous thromboembolism (VTE) who had no apparent indication for concomitant antithrombotic treatment.

The “deimplementation” program was associated with a nearly 50% decrease in overall aspirin use across 6 anticoagulation clinics which in turn was linked to significantly fewer bleeding events and a decrease in health care use, without an increase in thrombotic outcomes.

Study authors, led by Geoffrey D. Barnes, MD, MSc, assistant professor, cardiovascular medicine and vascular medicine, University of Michigan Health System, write that aspirin is appropriately combined with warfarin for some patients with AF or VTE after acute coronary syndromes or percutaneous coronary interventions, and also for some patients with mechanical heart valves.

For most other patients, however, the evidence suggests greater harm than good from the combination which increases the risk for bleeding events without a clear reduction in thrombotic outcomes, the authors add. Clinical guidelines recommend against the practice, but the investigators note that “many patients appear to be receiving aspirin even when the potential risk exceeds the benefit.”

For most other patients, however, the evidence suggests greater harm than good from the combination of aspirin and warfarin which increases the risk for bleeding events without a clear reduction in thrombotic outcomes.

Barnes et al used patient populations attending 6 clinical sites in the Michigan Anticoagulation Quality Improvement Initiative (MAQI) for the pre-post observational quality improvement study, evaluating the pre- and postintervention proportion of patients whose aspirin use appeared unclear as well as the impact of the intervention on clinical outcomes.

Each of the 6 MAQI clinics used a site-specific screening process to identify patients receiving aspirin without a clear indication, collecting data between January 2010 and December 2019. The quality improvement interventions took place between October 2017 and June 2018, according to the study.

For those patients whose indication for aspirin was unclear or appeared inappropriate, consultation with the patient’s primary care clinician or specialist could trigger discontinuation.

The MAQI followed 6738 patients identified as being treated with warfarin without an indication for aspirin (mean age, 62.8 years; 46.9% men) for a median of 6.7 months. More than half (55.1%) were receiving anticoagulation for VTE.

Overall, there was a nearly 50% reduction in excess aspirin use after the deprescribing intervention, from a 29.4% to 15.7%.

Following the intervention, the decrease in aspirin use accelerated significantly to a mean of 15.7% (95% CI, 14.8% – 16.5%), a trajectory the authors point out was steeper than that seen during the preintervention period (P = .001 for slope before and after intervention).

Overall, there was a nearly 50% reduction in excess aspirin use after the deprescribing intervention, from 29.4% to 15.7%.

In the secondary analysis, the research team found that reduced use of aspirin (starting 24 months prior to deprescribing intervention) was associated with decreases in mean percentage of patients:

“Our findings highlight the need for greater aspirin stewardship among patients receiving warfarin for anticoagulation,” wrote Barnes and colleagues, adding that the “successful intervention across multiple health systems, with different patient populations and clinical structures, could serve as a national model for reducing excess aspirin use.”

“Given that aspirin is not a prescription medication, it could be postulated that clinicians may not always be aware that patients are taking aspirin, which is a barrier to aspirin-deprescribing efforts,” they add.

They call for additional research to determine whether deprescribing aspirin for patients receiving newer direct oral anticoagulants is similarly effective as well as to confirm the current findings, “ideally with a control group.”

Thu Sep 22 , 2022
Men often find it difficult to burn fat and lose weight without sacrificing muscle growth, energy levels, and workout performance. Fortunately, there are a variety of fat burners for men that can help you break through frustrating plateaus and get you shredded faster than with diet and exercise alone. The […] 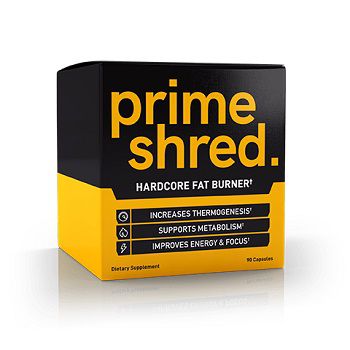