The Department of Justice, together with Attorneys General in Minnesota and New York, filed a civil lawsuit today to stop UnitedHealth Group Incorporated (United) from acquiring Change Healthcare Inc. (Change). The complaint, filed in the U.S. District Court for the District of Columbia, alleges that the proposed $13 billion transaction would harm competition in commercial health insurance markets, as well as in the market for a vital technology used by health insurers to process health insurance claims and reduce health care costs.

“Quality health insurance should be accessible to all Americans,” said Attorney General Merrick B. Garland. “If America’s largest health insurer is permitted to acquire a major rival for critical health care claims technologies, it will undermine competition for health insurance and stifle innovation in the employer health insurance markets. The Justice Department is committed to challenging anticompetitive mergers, particularly those at the intersection of health care and data.”

“The proposed transaction threatens an inflection point in the health care industry by giving United control of a critical data highway through which about half of all Americans’ health insurance claims pass each year,” said Principal Deputy Assistant Attorney General Doha Mekki of the Justice Department’s Antitrust Division. “Unless the deal is blocked, United stands to see and potentially use its health insurance rivals’ competitively sensitive information for its own business purposes and control these competitors’ access to innovations in vital health care technology. The department’s lawsuit makes clear that we will not hesitate to challenge transactions that harm competition by placing so much control of data and innovation in the hands of a single firm.”

As alleged in the complaint, the proposed transaction would give United, a massive company that owns the largest health insurer in the United States, access to a vast amount of its rival health insurers’ competitively sensitive information. Post-acquisition, United would be able to use its rivals’ information to gain an unfair advantage and harm competition in health insurance markets. The proposed transaction also would eliminate United’s only major rival for first-pass claims editing technology — a critical product used to efficiently process health insurance claims and save health insurers billions of dollars each year — and give United a monopoly share in the market.

The proposed acquisition would eliminate an independent and innovative firm, Change, that today provides a variety of participants in the health care ecosystem, including United’s major health insurance competitors, with vital software and services. This includes electronic data interchange (EDI) clearinghouse services, which transmit claims and payment information between insurers and providers, and first-pass claims editing solutions, which review claims under the health insurer’s policies and relevant treatment protocols. Indeed, Change markets itself as a valuable partner for insurers, working closely with them to innovate and problem-solve. United’s acquisition of this neutral player would allow United to tilt the playing field in its favor, harming current competition and allowing United to control and distort the course of innovation in this industry for the foreseeable future.

UnitedHealth Group Incorporated is headquartered in Minnetonka, Minnesota. United is an integrated health care enterprise that includes, among other subsidiaries, UnitedHealthcare, the largest health insurer in the United States; Optum Health, a large network of health care providers located throughout the country; OptumRx, a large pharmacy benefit manager; and OptumInsight, a health care technology business. United’s revenues were $288 billion in 2021.

Thu Feb 24 , 2022
The Washington University research could be used to prevent spikes in addiction and suicide, as one Clayton psychiatrist promotes therapy. ST. LOUIS — Health leaders have warned of the mental health complications that could follow a COVID-19 diagnosis, but Washington University clinical epidemiologist Dr. Ziyah Al-Aly suspects the damage is […] 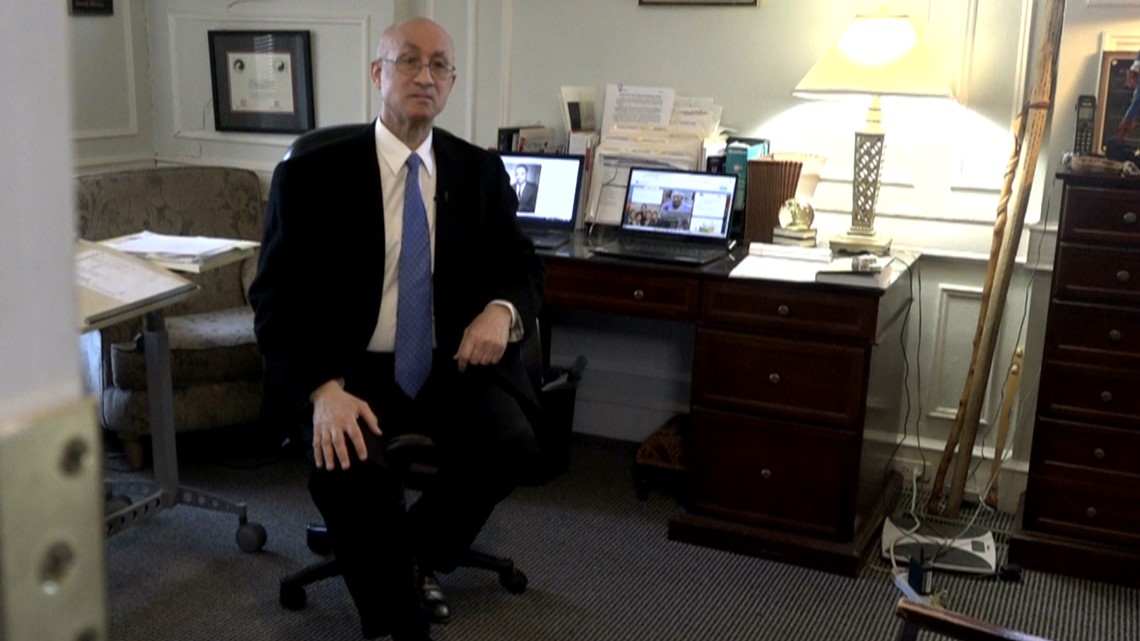