Quinoa, dubbed a “superfood” or “super grain,” has gained popularity among health-conscious people for a good reason. Quinoa (pronounced KEEN-wah or ke-NO-ah) is a grain that is high in protein, fibre, vitamins and minerals. It is also gluten-free and suitable for those following a gluten-free diet.

This grain is native to Bolivia and Peru’s Andes Mountains. Despite looking like a grain, it is a seed that is related to Swiss chard, spinach, and beets. Quinoa is high in vitamins, minerals, fibre, protein, and fatty acids, making it a healthy choice. Although it has become popular with vegetarian meal plans, you do not need to follow a special diet to enjoy this grain.

Exploring the nutritional benefits of Quinoa 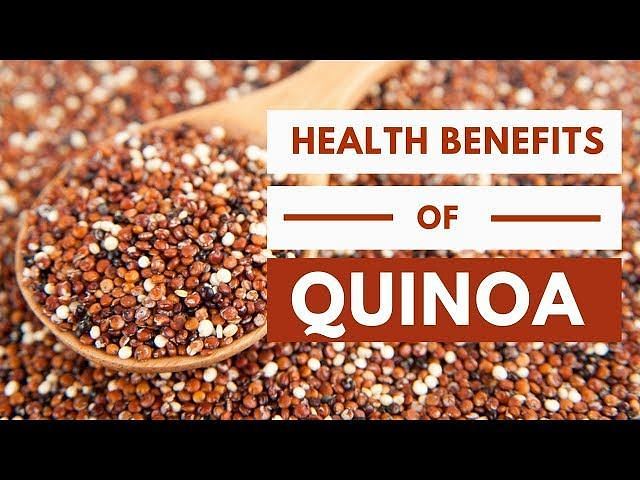 According to the United Nations’ Food and Agriculture Organization, quinoa output has recently expanded outside of South America to more than 70 countries. Its crops are being grown on a huge scale in China, North America, France, and India.

As per a 2016 report published in Frontiers in Plant Science, quinoa production increased throughout Africa and the Middle East.

The USDA provides nutritional information for 1 cup (185g) cooked Quinoa with no extra salt or oil:

Cooked Quinoa has 39 grams of complex carbohydrates per cup, making it a rich energy source. It has a glycemic index of less than 55, making it a low-glycemic food. Its high protein and fibre content aids in lowering blood sugar levels.

Quinoa has a high iron and magnesium content and contains potassium and vitamin E. Magnesium is involved in various metabolic activities in the body, including blood sugar regulation.

Iron is a mineral that aids in the transfer of oxygen throughout the body, and vitamin E is a fat-soluble antioxidant that aids in the fight against free radicals in the body. Finally, potassium aids in the regulation of sodium levels in the blood, which helps to lower blood pressure. 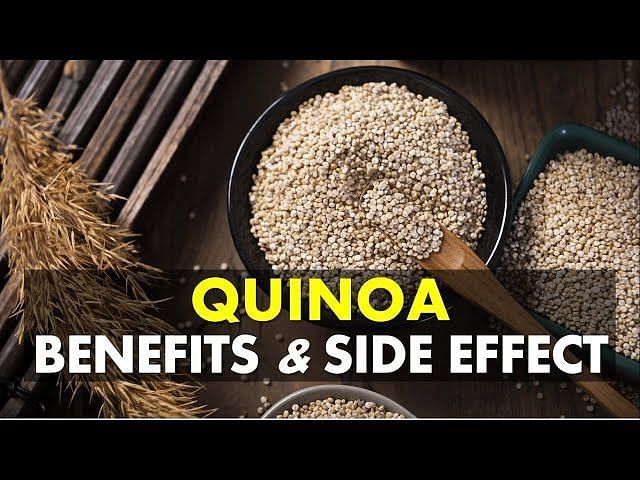 According to the National Institutes of Health, the nine essential amino acids are histidine, isoleucine, leucine, lysine, methionine, phenylalanine, threonine, tryptophan, and valine. Quinoa, unlike other cereals, is an excellent supplier of lysine. It also has a higher protein content than processed grains, at 25%.

Fibre is an indigestible carbohydrate that aids hunger, avoids and relieves constipation, and helps to keep blood sugar levels steady by allowing food to enter the bloodstream relatively slowly. According to research, individuals who eat a diet high in whole grains have a lower risk of type 2 diabetes.

Quinoa is a good source of antioxidants when compared to other gluten-free grains. Corn, rice, or potato flour make up the majority of gluten-free items. These often give fewer nutrients than quinoa-based goods, such as quinoa flour.

It is high in vitamin E, an antioxidant that may help lessen the risk of cancer. New studies are published regularly that support the health benefits of whole grains and their antioxidant potential.

Although Quinoa can help your heart by lowering LDL cholesterol, it can also help your heart in other ways. Quinoa seeds contain several of the dietary flavonoids “found to negatively correlate with mortality from heart disease,” according to a study published in the Journal of Food Lipids.

One cup of cooked Quinoa offers 21% of the daily fibre recommendation, which is fantastic for your gut. According to World’s Healthiest Foods, it is easier to digest than many other grains. Furthermore, according to a study published in the British Journal of Nutrition, participants reported feeling fuller after eating Quinoa, buckwheat, or oats than after eating wheat or rice.

It has been linked to a few allergic responses in the past. Many plants, including amaranth seeds, soybeans, chickpeas and other legumes, contain saponins responsible for allergies in some people.

Therefore, it is recommended to consult your healthcare professional if you suspect an allergy or have symptoms after eating Quinoa.

Quinoa is becoming more popular in Western countries, yet it has been consumed in South America for thousands of years. It’s technically a seed that, like amaranth and buckwheat, belongs to a tiny group of grains known as ‘pseudocereals.’

Since it’s high in fibre, minerals, antioxidants, and protein, it’s a wise carbohydrate choice. It’s also gluten-free, tasty, adaptable, and super simple to make. Quinoa is an excellent carbohydrate source to add to your diet.

Q. Did you know this?

Tue May 24 , 2022
* Please consult your physician when starting a new supplemenrt to ensure if weight loss pills are right for you. (Ad) If you’re trying to lose weight and burn body fat, it’s not uncommon to seek the help of weight loss supplements to help you reach your weight loss goals […]