Walla Walla, WA – Providence Health & Services Washington (Providence) has agreed to pay $22,690,458 to resolve allegations that it fraudulently billed Medicare, Medicaid, and other federal health care programs for medically unnecessary neurosurgery procedures, announced Vanessa R. Waldref, the United States Attorney for the Eastern District of Washington and Bob Ferguson, the Washington State Attorney General. Today’s joint settlement between Providence, the United States, and the State of Washington, which administers Washington’s Medicaid program using a combination of state and federal funding, is the largest-ever health care fraud settlement in the Eastern District of Washington.

“Ensuring that surgical procedures are medically appropriate and properly performed is critical to building safe and strong communities here in the Eastern District of Washington,” said U.S. Attorney Waldref. “Patients with back pain and spinal injury deserve top-notch care from a provider who puts the patient first and is not improperly influenced by how much he can bill for the procedure. Providence’s failure to ensure that Dr. A and Dr. B were performing safe and medically-appropriate surgery procedures, despite repeated warnings, put patients’ lives and safety at serious risk. I am also gravely concerned that Providence’s decision not to report Dr. A or Dr. B to federal or state medical oversight bodies allowed both surgeons to simply resign from Providence and then continue to endanger patients at other hospitals.”

As part of the Settlement Agreement, Providence admitted that, during the time period in which Dr. A and Dr. B were employed at Providence St. Mary’s as neurosurgeons, Providence medical personnel articulated concerns that Dr. A and Dr. B: (1) were endangering the safety of patients; (2) created through their surgeries an excessive level of complications and negative outcomes; (3) performed surgery on candidates who were not appropriate for surgery; and (4) failed to properly document their procedures and outcomes. Providence further admitted that Providence medical personnel articulated additional concerns that Dr. A: (1) completed medical documentation with falsified and exaggerated diagnoses in order to obtain reimbursement from insurance providers; (2) performed surgical procedures that did not meet the medical necessity requirements set by Medicare and other insurance programs; (3) “over-operated”, i.e., performed surgeries of greater complexity and scope than were medically appropriate; and (4) jeopardized patient safety by attempting to perform an excessive number of overly complex surgeries. Finally, Providence admitted that, while it eventually placed both Dr. B and Dr. A on administrative leave in February 2017 and May 2018, respectively, it allowed both doctors to resign while on leave, and did not take any action to report Dr. A or Dr. B to the National Practitioner Data Bank or the Washington State Department of Health.

As part of the settlement, Providence entered into a Corporate Integrity Agreement (CIA) with the U.S. Department of Health and Human Services, Office of Inspector General (HHS-OIG). The CIA requires, among other things, that Providence implement and maintain a number of quality-of-care and patient safety obligations. Additionally, the CIA requires that Providence retain outside experts to perform annual claims and clinical quality systems reviews.

United States Attorney Waldref further stated, “While Providence’s conduct was extremely troubling, I do want to commend Providence for stepping up, accepting responsibility, taking appropriate and meaningful corrective action, and for fully cooperating with our investigation as well as agreeing to fully cooperate in our ongoing investigations. United States Attorney Waldref continued “I also want to express special appreciation for our close collaboration and partnership with the Washington Medicaid Fraud Control Division and with the whistleblower and his team, as well as the exceptional investigative work performed by HHS-OIG, Office of Personnel Management OIG, and Defense Criminal Investigative Service. We will continue to work closely with our state and federal law enforcement partners and with courageous whistleblowers to hold health care fraudsters accountable and to build safe and strong communities here in the Eastern District of Washington.”

“Patients trust their doctors that the care they receive is necessary, particularly when they are undergoing neurosurgery,” said Washington Attorney General Bob Ferguson. “Performing unnecessary surgeries for profit is a betrayal of that trust. I’m proud of the work we did with U.S. Attorney Waldref and our federal partners, and we look forward to continuing our work together to protect Medicaid dollars for those who need them.”

“Our agency will continue to hold accountable medical providers who perform medically unnecessary procedures and fraudulently bill federal health care programs,” said Special Agent in Charge Steven J. Ryan of the Department of Health and Human Services Office of Inspector General (HHS-OIG). “Working closely with our law enforcement partners, HHS-OIG remains committed to protecting the health of patients and the integrity of the taxpayer-supported programs serving them.”

“Patients must be able to trust that when providers recommend surgery it is because it is necessary, not because it is profitable,” said Amy K. Parker, Special Agent in Charge of the Office of Personnel Management’s Office of Inspector General. “I am grateful for the outstanding work of our agents and law enforcement partners who helped protect patients from harm.”

“This multi-million dollar settlement holds Providence and its former doctors accountable for dubious actions that endangered patient safety and defrauded various healthcare programs, including the Department of Defense’s TRICARE program,” said Bryan D. Denny, Special Agent in Charge of the Department of Defense Office of Inspector General, Defense Criminal Investigative Service (DCIS), Western Field Office. “DCIS remains committed to working with its law enforcement partners in protecting the integrity of federal healthcare programs, which facilitates an environment for our healthcare providers to be truly focused on quality patient care and safety.”

According to court documents, the case began in January 2020, when a whistleblower, the former Medical Director of neurosurgery at Providence-St Mary’s, filed a qui tam complaint under seal in the U.S. District Court for the Eastern District of Washington. When a whistleblower, or “relator,” files a qui tam complaint, the False Claims Act requires the United States to investigate the allegations and elect whether to intervene and take over the action or to decline to intervene and allow the relator to go forward with the litigation on behalf of the United States. The relator is generally able to then share in any recovery. In this case, according to court documents, the United States intervened in the action in January 2022, and subsequently reached this settlement. Pursuant to the settlement agreement, the relator will receive $4,197,734 of the total settlement amount.

The settlement was the result of a joint investigation conducted by the U.S. Attorney’s Office for the Eastern District of Washington; the State of Washington, Office of the Attorney General, Medicaid Fraud Control Division; the U.S. Department of Health and Human Services, Office of Inspector General, Seattle Field Office, the Defense Criminal Investigative Service, Seattle Field Office; and the Office of Personnel Management, Office of Inspector General, Western Regional Office. The United States Attorney’s Office would also like to express special thanks and appreciation for the logistical support provided by the Walla Walla Police Department. Assistant United States Attorneys Dan Fruchter and Tyler H.L. Tornabene of the Eastern District of Washington handled this matter on behalf of the United States.

U.S. Attorney Waldref will be addressing the case at a press conference at 10:00 a.m. on April 12, 2022 in front of the Thomas Foley Federal Courthouse building at 920 W. Riverside Avenue, Spokane, Washington. She will be joined by Larissa Payne, Director of the Medicaid Fraud Control Division for the Washington State Attorney General’s Office.

Tue Apr 12 , 2022
If you’re interested in gluten-free pasta, chickpea pasta may be at the top of your list. It’s made from chickpea flour and sometimes a few other ingredients. Notably, these legumes may boost digestive health, lower cholesterol, and reduce your risk of heart disease, type 2 diabetes, and some cancers (1). […] 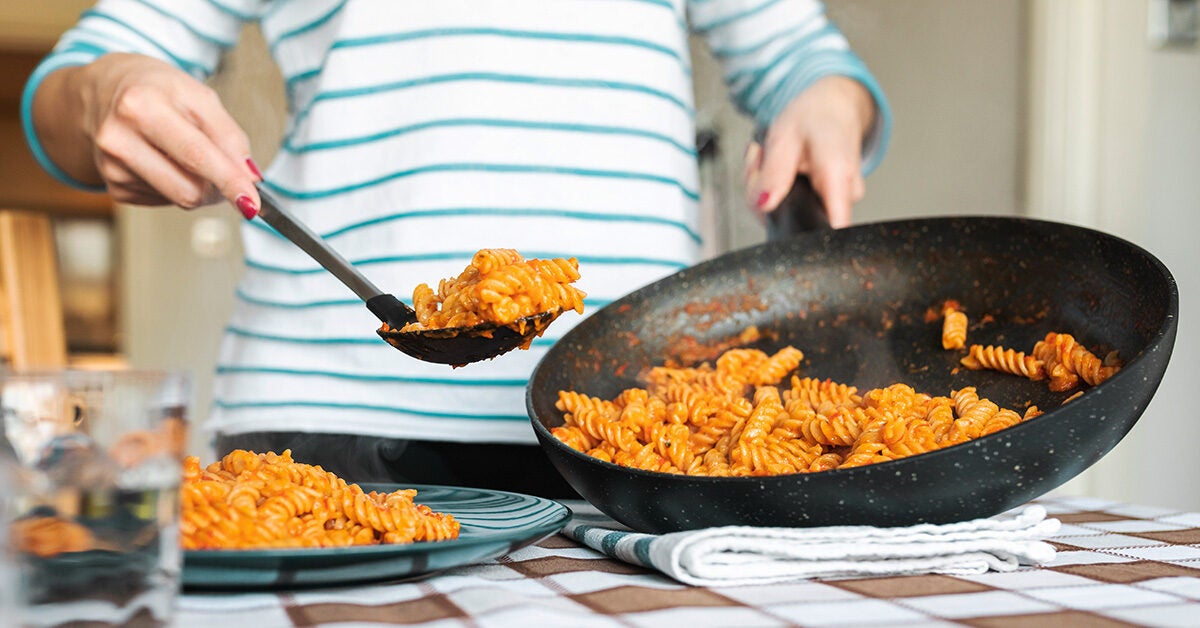