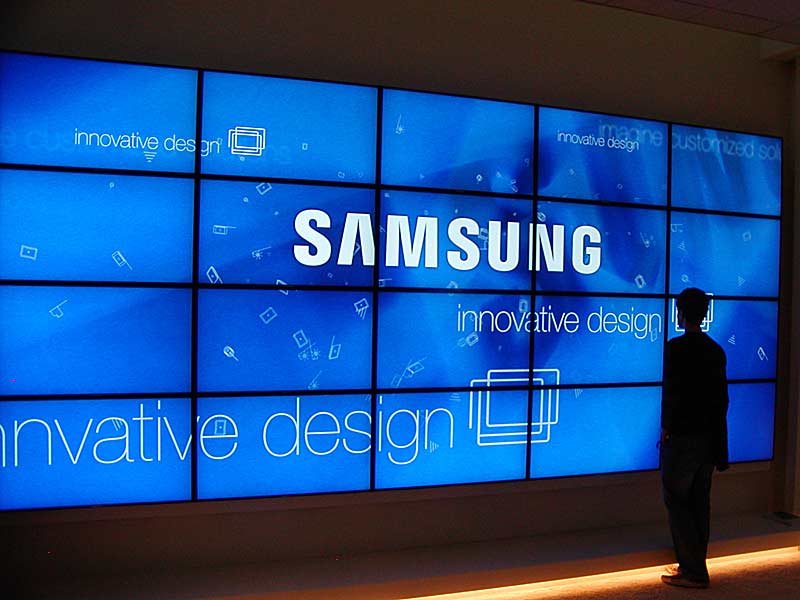 Samsung Electronics has launched its new P-Series standalone SMART signage which is also the world’s first Tizen-powered premium displays. The P-Series displays include the PHF (700nit brightness) and PMF (500nit brightness; except 32-inch display) models, will also be the first to feature the upgraded fourth generation Samsung SMART Signage Platform (SSSP 4.0).
“The launch of Samsung’s new P-Series signage represents a landmark moment for our business, as we’ve made our already industry-leading visual displays even more capable with the addition of the Tizen platform to our SSSP,” said Seog-gi Kim, Senior Vice President of the Visual Display Business at Samsung Electronics. “By equipping our displays with faster and more versatile content management tools, our customers will be better prepared to solve their most prominent customer engagement challenges.”
According to Samsung, SSSP partners typically prefer an open source platform for standard web APIs rather than closed platform, the new P-Series displays, powered by Tizen, feature the advantages of a cross-architecture, open source platform based on a comprehensive standards-based HTML5 implementation. The new displays are also said to enable easier web app development with an upgraded Tizen Emulator and new Remote Debugging Tool.
The slim-designed PHF model will come in 43-inch, 49-inch and 55-inch sizes while the PMF will come in 32-inch, 43-inch, 49-inch and 55-inch sizes. The two standalone displays are the first in Samsung’s line-up to showcase content using the SSSP 4.0’s reinforced graphics engine. This is said to offer animation performance three times better than that of previous SSSP iterations, including enhanced response times and seamless playback. The displays support smooth transitions between a variety of formats, without black screens or interruptions. Both the PHF and PMF models are IP5X certified, thus allowing them to resist dust and dirt and allowing them to be used in a variety of locations including subway stations and bus terminals.
With the new MagicInfo Server 4.0, users can manage their entire signage portfolio through a central remote server in real time and make adjustments across individual displays or display groups from any location.
Share:
Technology
55
411
0
Share:

25 Million of phones got hanged by the Agent Smith Malware