In 2014, the family of Daniel Sisson was awarded $3 million in a wrongful death lawsuit after he died in his Vista jail call from an asthma attack brought on by symptoms of heroin withdrawal.

Years later, in 2019, Elisa Serna, who was a daily heroin user, was going through withdrawal when she collapsed from a seizure and died in the isolation unit at the Las Colinas Detention and Reentry Facility in Santee. Her family has filed a lawsuit alleging the department was deliberately indifferent to the 24-year-old woman’s medical needs.

Sisson and Serna are just two of the hundreds of people who have died in county jails since 2006. This week, the San Diego County Sheriff’s Department announced several new intake procedures designed to improve healthcare services for inmates — including treatment programs for those with drug use disorders — that may prevent these kinds of deaths.

The changes were implemented at three county jails — Las Colinas, San Diego Central Jail in downtown San Diego and the Vista Detention Facility — and come several months after a state audit found the Sheriff’s Department had repeatedly failed to adequately prevent and respond to the deaths of inmates.

From 2006 through 2021, more than 200 inmates died in San Diego County jails. The high mortality rate was first identified in The San Diego Union-Tribune’s 2019 investigation, “Dying Behind Bars.”

Among its many criticisms, the audit said the department failed to ensure it adequately identified the medical and mental health needs of people in custody at intake.

Although the department said it implemented several recent policy changes to prevent inmate deaths, the situation does not appear to have improved. Last year was the deadliest since at least 1999 with 18 deaths. There have been 10 deaths so far this year.

Before the change last week, people who were booked into local jails were already screened for a history of drug use, county authorities said. Now, some may be asked to take a urine test, as well. Department officials said the change will allow them to better identify inmates who may suffer withdrawal from drugs or alcohol while behind bars — a process that can have serious, even life-threatening, side effects — so they can be placed on the proper medications.

Medical staff at the three jails are required to inform people that the urine tests are for medical purposes only and that test results cannot be used as evidence or to charge a person with a crime. People can decline to provide samples, and refusals will be documented in their health records.

The department also created the medical discharge/clearance for booking form in an effort to improve how hospitals communicate information about patients who are later booked into jail.

Before the form was available, hospital staff forwarded information about patients to the jail’s medical staff through the arresting deputy or officer. This information was often vague or incomplete, and it was sometimes difficult to get additional information about a patient’s needs, department officials said.

Instead, the new forms — which contain information about follow-up care instructions, lab results and prescriptions — are required to be completed by hospital staff and then delivered via an arresting officer or deputy to jail medical staff.

The department changed the way jail staff document anomalies seen when inmates move through body scanners, as well. Body scanners are used to determine whether contraband, including weapons or drugs, are being smuggled into jail.

If jail officials suspect foreign objects are in a person’s body, that person is sent to a hospital for a more through examination. The new protocol requires jail staff to send a form to the hospital detailing anything that was observed to assist the medical staff with treatment.

The San Diego County Chiefs’ and Sheriff’s Association informed law enforcement agencies across the county of the new protocols. An instructional video was also shared with local police departments, and it will also be shown to people who are being booked at jail intake areas, department officials said.

The 10 Best High-Protein Nut Butters, Other Than Peanut

Sun Jun 5 , 2022
There are plenty of other nut butter options to choose from if you’re allergic to (or just sick of) peanut butter. Image Credit: Arx0nt/iStock/GettyImages In This Article Peanut butter gives you a heaping dose of protein, healthy fats and fiber in every spoonful, and it has a smooth, creamy texture […] 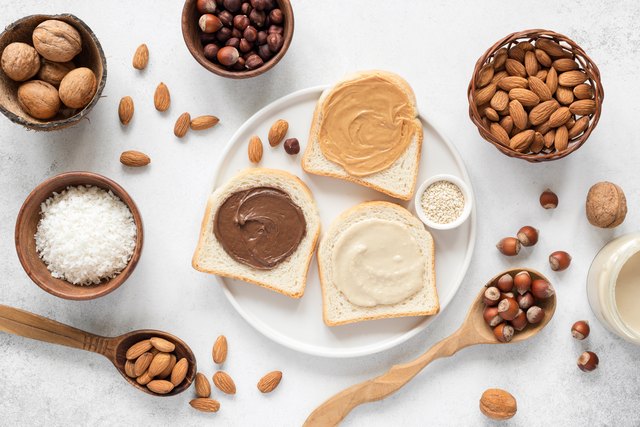