That pressure would not have been unique to Meyer, whose death in early March shocked the sports world, said experts who work with student-athletes — none directly with Meyer — to help them overcome mental health challenges.

“Collegiate athletes are just as susceptible, if not more so, to most mental health disorders,” Dr. Claudia Reardon, a professor of psychiatry at the University of Wisconsin, told CNN in an email. “This surprises some people, who see these tough, physically flawless humans and wonder how they could be depressed, anxious, or suicidal.”

Student-athletes live with the same demands as regular college students, like maintaining their grades and social lives and staying connected with their families. But they also face pressure to perform on the field or on the court, demanding practice and workout schedules, traveling and — for those with high profiles — scrutiny from the public and fans on social and in traditional media.

On top of all of that, a stigma persists in the sports world around mental health — discussing it, seeking treatment and, perhaps in doing so, revealing what could be perceived as a weakness, the experts said.

At the same time, participating in sports has huge benefits for many student-athletes’ well-being, they noted, and also can help them cope with mental health problems. And university-level programs increasingly have made it a priority to hire psychologists and others attuned to athletes’ mindset to support students who also came to college for sports.

Still, the pressures student-athletes struggle with are distinct from their non-athlete peers, experts told CNN, while presenting distinct challenges for doctors and others who work with them to overcome mental hurdles.

A 2019 NCAA survey found about 30% of participating female student-athletes felt “difficulties were piling up so high” in the month prior that they “very often” or “fairly often” felt they could not overcome them. Among the participating male athletes, that figure was about 25%, the survey showed.

Of course, athletes are people, too, and as with any segment of the population, some struggle with mental health. But complicating student-athletes’ mental health challenges are the demands on them and their bodies — and it’s not only anxiety or depression.

For one, student-athletes’ injuries present a risk of post-traumatic stress, said Dr. Josh Norman, an attending psychiatrist at Ohio State University’s Jameson Crane Sports Medicine Institute. After an injury, student-athletes might display hypervigilance, an “aversion” to certain movements or situations that might remind them of the “traumatic event” — all symptoms that can emerge as they work through physical therapy, he said.

“These things can also present in athletics when folks are exposed to a very severe injury or witness a life-threatening (injury) or death of a teammate in extreme sports, for example,” he said.

A student-athlete’s struggles with mental health can also have consequences for their physical health, Norman said.

For instance, anxiety disorders can increase student-athletes’ muscle tension or their tendency to be distracted, impact their sleep and performance, as well as increase the risk of physical injury, Norman said. And when prescribing medicine, he said, student-athletes and doctors have to keep in mind how the drugs might affect athletic performance and whether they might be monitored or banned by the NCAA or anti-doping agencies.

Demands on student-athletes’ time and the expectations they face often mean there’s not much chance of a break, said Chris Bader, the assistant athletic director for mental health and performance at the University of Arkansas. Whereas college students might be able to take a mental health day and skip class, athletes can’t do that.

Attention from the news media and fans can present another risk for student-athletes’ mental health — a sentiment also expressed by professional athletes like Osaka.

During the French Open last spring, the four-time major winner announced she would not participate in news conferences, citing her mental health. The then-23-year-old soon withdrew from the tournament altogether, revealing she had been suffering “long bouts of depression” since her first Grand Slam title in 2018.

Osaka added that while journalists had been kind to her, “I am not a natural public speaker and get huge waves of anxiety before I speak to the world’s media.

“I get really nervous,” she on Twitter, “and find it stressful to always try to engage and give you the best answers I can.”

College athletes can feel that, too. Many are on a national stage, and Norman hears about bullying when a student-athlete loses a game or makes a mistake, he said. Being in the limelight also can complicate student-athletes’ symptoms of depression and anxiety, as well as their ability to seek treatment privately — like most people can — he said.

Last year’s change to NCAA rules that allows college athletes to make money off their name, image and likeness — dubbed NIL — can add another layer of stress, Bader said.

“Granted, I think a lot of our students are handling that well. They’re kind of excited by it,” he said. He knows of students with 3 million followers on TikTok, he said. “I think they embrace that stuff. But it’s also, what impacts does that end up having on their mental health?”

Among the biggest hurdles to some student-athletes seeking treatment is the stigma experts said persists in the sports world.

Athletes might have trouble, Reardon said, turning off their “game face” when they step off the field, and they’re often encouraged to push through adversity — something Bader described as an “old school mentality of ‘rub some dirt on it and tough it out.'”

Still, there have been huge strides towards eliminating the stigma, in part thanks to athletes like Osaka, Biles and Phelps speaking out about their own struggles, experts who spoke to CNN said. Phelps, the most decorated Olympian ever, shared his journey with anxiety and depression in 2018, saying during an interview for the Kennedy Forum, a behavioral health advocacy group, he had contemplated suicide in the past. Mental illness, Phelps said, “has a stigma around it, and that’s something we still deal with every day.”

Further, today’s student-athletes often come to college already having participated in counseling, Bader said. Some worked with sports psychologists as youth athletes, and they recognize the resources available to them and sometimes even expect them. Coaches and trainers, too, he said, recognize the benefits of good mental health and are well-placed to recognize when a student might need support.

“A non-sport-trained clinician might say something like, ‘Well if your sport is stressing you out so much, why not just quit?'” said Bader. “That’s like asking them to not be right-handed.”

“That sort of intense understanding of athletics as a variable — like a demographic variable, almost — is to me the first step in working in athletics, understanding athletics.”

But there’s still more to be done to combat stigma and offer help to those who need it, the experts said. According to the NCAA’s study, less than half of participating athletes “very satisfied” with the care they received from their schools and teams for mental health issues.

The NCAA, Reardon said, has done a lot, convening a mental health task force in 2013 to develop best practices, asking institutions to implement mental health referral protocols, to ensure mental health care by qualified practitioners is available and “overall to create an environment that supports mental well-being and resilience.”

“But many universities and colleges,” she added, “need to have the resources and personnel to be able to more consistently and more meaningfully put all of these things into action.”

And it’s worth noting that for many, sports — especially team sports — have benefits for student-athletes’ mental health, namely a community that serves as a built-in support system.

“Sports can be associated with development of confidence, competence, character, caring, connectedness and friendships,” Reardon said, on top of “higher academic accomplishment.”

“I think that’s why you see companies that want to hire former (student-)athletes,” Bader added. “It’s the intangibles — it’s the scheduling, it’s the motivation, it’s the drive, it’s the competitiveness. We want to make sure that’s pointed in the right direction as they move on from our buildings.”

Sun Mar 13 , 2022
Legal scholar and author Cass Sunstein has coined the term sludge to refer to situations in which the design of a specific process consistently impedes individuals from completing their intended action. An enormous amount of sludge exists in health care processes. In this article, three senior managers at Ascension share […] 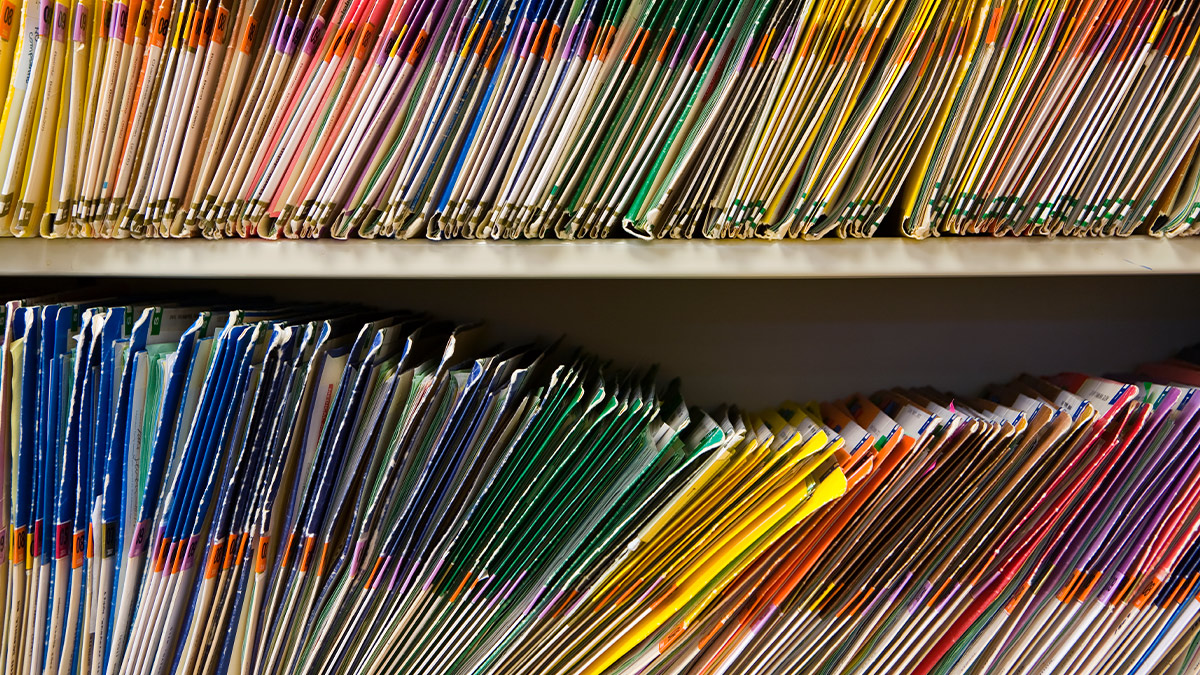