Much of the early research into microdosing has been anecdotal, consisting of enthusiastic survey responses from users who experienced enhanced attention and cognition, feelings of well-being and relief from anxiety and depression. Lab studies of psilocybin and LSD microdoses tend to support these claims, showing improvements in mood, attention and creativity. But these studies have generally been small, and they didn’t compare a microdose to a placebo.

“You probably only participate at this point in a trial in microdosing if you really have a strong belief that this might help you,” said Dr. David Erritzoe, clinical director of the Centre for Psychedelic Research at Imperial College London. And when people expect to benefit from a drug, they typically do.

The two largest placebo-controlled trials of microdosing were published last year, and they both suggest that the benefits people experience are from the placebo effect. In the studies, volunteers used their own drugs to participate and, unknown to them, received either active doses or a placebo packaged in identical capsules. At the end of several weeks, almost everyone’s mood and well-being had improved, regardless of what they had taken.

“I was initially surprised but also a bit disappointed by the results, because when we set up the study we were quite optimistic that microdosing could have an effect” beyond a placebo, said Michiel van Elk, an assistant professor of cognitive psychology at Leiden University in the Netherlands who led one of the trials.

Dr. Erritzoe, who ran the other study, found that the drug’s efficacy was tied to users’ expectations. If they took a placebo but thought it was a microdose, they felt better, and if they had an active dose but wrongly guessed it was a placebo, they did not.

A third placebo-controlled trial, published earlier this month from the University of Chicago, tried to get around user expectations by giving participants four microdoses of LSD over the course of two weeks, but without telling them about the purpose of the study or even what they were taking. Once again, there was no difference between the LSD and placebo groups.

Still, some scientists point to evidence showing that microdosing has a direct impact on the brain to argue that its benefits are real. Using neuroimaging technology, researchers have shown changes in brain activity and connectivity after single small doses of LSD that are similar to what’s seen with larger amounts of the drug. And a study in Denmark found that a microdose of psilocybin activated nearly half of the specific type of serotonin receptors that psychedelics act on to produce their hallucinogenic effects.

Wed Mar 2 , 2022
Pomegranates are packed with nutritional perks. These funky, seedy fruits often get lost in the shuffle behind the usual suspects like apples and the almighty banana. But come along with us and we’ll show you the huge health value hidden inside its enigmatic pith. Wondering if pomegranates are good for […] 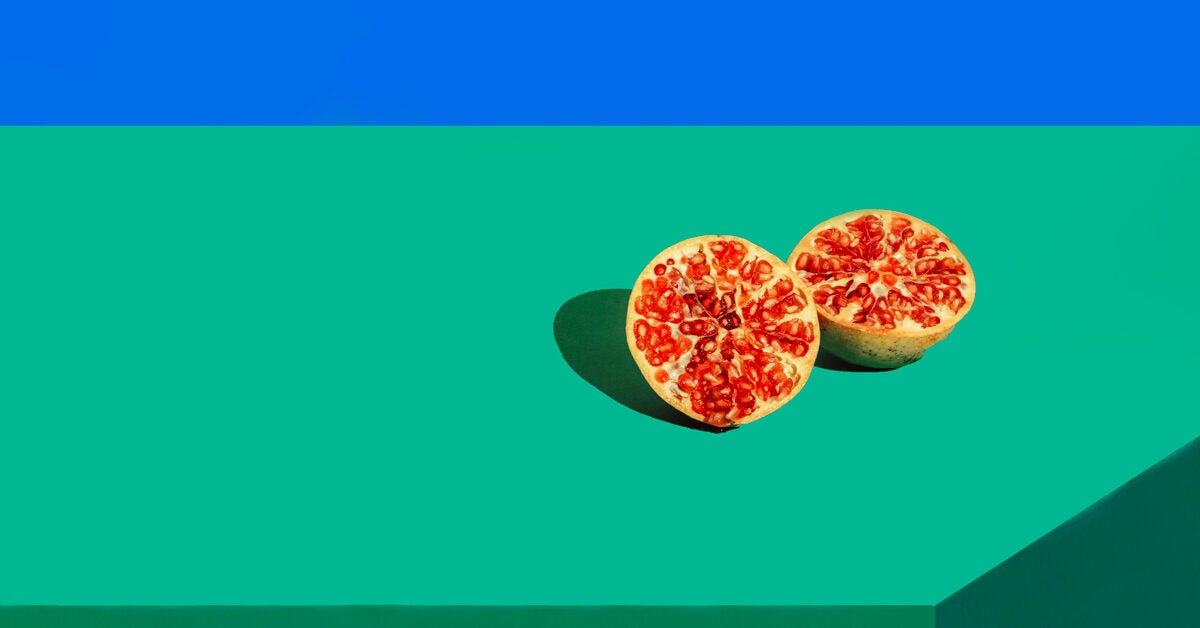