Washington hospitals are struggling to address financial challenges that are impacting patient care.

Get the latest state-specific policy intelligence for the health care sector delivered to your inbox.

Washington State Hospital Association (WSHA) staff released the results of its third quarter hospital financial survey during a media briefing on Tuesday. WSHA CFO Eric Lewis said total operating expenses for hospitals increased by 10% in the first nine months of 2022 compared to 2021, while revenues increased by only 4%.

“Many staff were out sick due to COVID, and there were more acutely ill patients in hospitals,” Lewis said. “Hospitals used 90% more hours for temporary staff.”

“Access to specialized care is threatened by financial losses,” Sauer said. “Some hospitals are reducing services. Without action, we could actually see hospital closures. This is at a time when demand for healthcare services in our state is exceptionally high. We’re experiencing so many patients who had delayed care during the pandemic who are sicker and need more complex care.”

Hospital services are also in high demand due to the spread of respiratory viruses and mental health concerns, Sauer said. But hospitals are struggling to provide services as they face financial difficulties. Low Medicaid reimbursement rates are contributing to the problem.

Susan Stacey, Chief Executive for Providence Inland Northwest Washington, said the hospital’s expenses have increased by nearly 8% during the first nine months of 2022, while revenues increased by a little over 1%. That resulted in a $60 million deterioration in operating losses, which has led to a hold on Providence’s plans to ramp up clinical services.

“We have plans to grow physical clinic space so we can have primary care offices and have more primary care clinics in our community,” Stacey said. “But at this point, with the capital freezes, we’re unable to do that right now. And that ultimately creates a gap in our community of delaying care.”

“WSHA is going to have a proposal for the legislature that will maximize federal funding and bring hospital Medicaid payments to at least Medicare levels,” Whiteaker said. “Our proposal would bring hospital payments to about 76% of the cost of providing care. This still leaves a significant Medicaid shortfall—the difference between payments and the cost of providing care—but it would significantly close the gap we’re seeing.”

Hospitals are also experiencing problems in caring for patients who are ready for discharge but are unable to secure placement in a nursing home or other post-acute care facility. At least ten to 20% of the state’s hospital beds are filled with patients who no longer have a medical need to be in the hospital at any given time, Whiteaker said.

“So we’re asking the legislature to look at solutions in this area, including additional funding to place complex patients that have traumatic brain injury or people with developmental disabilities,” Whiteaker said.

“At any one point in time, maybe ten to 15% of those are taken up by folks who would be best served at a skilled nursing facility or some other lower level of care [facility] than a hospital,” Jones said. “Our biggest limiter to being able to expand services is our ability to staff.”

The shortage of staff led to Astria’s decision to destaff five of its 15 medical-surgical beds earlier this year. The hospital also had to destaff three of its seven ICU beds, Gibbons said.

Astria was eventually able to restaff the five medical-surgical beds in Sunnyside by staffing them with LPNs (instead of RNs), but the ICU beds are still closed.

“In order for us to use those three ICU beds, we will need nine ICU nurses,” Gibbons said. “I just don’t see that happening any time soon. So our ICU capacity is at half in Sunnyside.”

Wed Dec 14 , 2022
Appetite suppressants are natural weight loss supplements that help reduce hunger cravings, snacking, and overeating. The best appetite suppressant pills can also help you burn fat and boost metabolism, resulting in faster weight loss than with diet and exercise alone. But with so many diet pills to choose from, picking […] 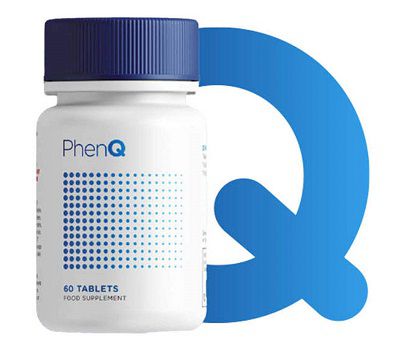